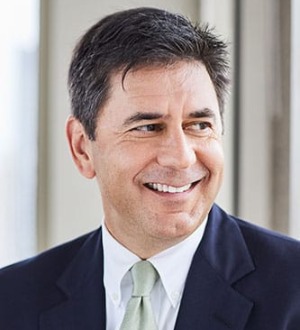 Navigate to map location for Kurt S. Kusiak Visit the website for Kurt S. Kusiak at https://www.fitchlp.com/Attorneys/Kurt-S-Kusiak.shtml
Your comment has been submitted!
We have encountered an error and are unable to process your comment at this time. Please refresh the page and try again later.
Add Comment
In making your comments, please do not refer to a pending legal matter.
Share My Profile
Post on Social

Kurt Kusiak is a graduate of Trinity College (B.A. Honors thesis in economics, 1984) and Boston University School of Law (J.D., magna cum laude, 1991) where he was a member of the Law Review, a Liacos Distinguished Scholar, and winner of the American Jurisprudence Award for excellence in trial advocacy. Following law school, Kurt was a law clerk for the Hon. A David Mazzone, U.S. District Court, District of Massachusetts. Kurt then worked as a trial lawyer for Ropes & Gray and Todd & Weld. Each year since 2004, Law & Politics has recognized Kurt as a Massachusetts Super Lawyer in its annual list published in Boston Magazine. Only 5% of the lawyers in Massachusetts are awarded that designation. Kurt has also been listed in Best Lawyers in America®, a highly esteemed, national peer review guide of attorneys, since 2013.

Kurt has successfully tried numerous cases in the federal and state courts of Massachusetts and New Hampshire and in other federal courts throughout the United States. He has extensive experience litigating complex business, corporate, and partnership disputes, including those involving breakups, intellectual property rights, freeze outs, breaches of fiduciary duty, misappropriation of trade secrets, negotiation of employment, non-compete and non-solicitation agreements, and many various types of contract disputes. He has represented numerous corporate officers and directors in matters involving securities-related claims and investigations by the Securities and Exchange Commission, the Massachusetts Attorney General's Office, and other government entities.

Over the past 20 years, Kurt has also developed a substantial practice representing clients in trust & estate / probate litigation matters. He has represented both trustees and beneficiaries in many trust-related claims involving allegations of negligence, malpractice, breach of fiduciary duties, lack of testamentary capacity, undue influence, theft of trust funds and will contests.

Kurt has taught many Massachusetts Continuing Legal Education Seminars, has been a regular panelist at MCLE's Annual Business Litigation Conference and various seminars at Boston University School of Law, and he is the author of several articles on various business litigation topics published by MCLE as well as the MCLE Massachusetts Superior Court Civil Practice Jury Instructions on Eminent Domain Cases (1998-2011).