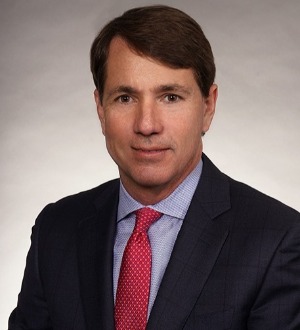 Kurt M. Spengler, a partner in the Orlando office, is a board certified trial lawyer by the Florida Bar Board of Legal Specialization and Education. He is also certified by the National Board of Trial Advocacy in Civil Trial Law. Kurt has over 30 years of experience and has tried approximately 70 civil jury trials, including at least 10 wrongful death cases. Kurt has represented motor carriers for most of his career, but over the past 10 years, his work in this area has increased to approximately 50% of his practice. Kurt is currently the Chair of Wicker Smith’s Transportation Practice group, which oversees the transportation practice in a 230+ attorney, 14 office law firm.

Kurt has also been designated as a major case unit attorney assigned to handle catastrophic and brain injury claims for Zurich North America. Other represented national clients include: AAA Cooper Transportation, Waste Connections, Cottingham & Butler, National Interstate Insurance, and Vanliner Insurance. An ardent litigator, Kurt has earned a number of distinctions including an AV® Preeminent™ rating by Martindale-Hubbell. He was named “2006 Best of the Bar” by the Orlando Business Journal and “Florida’s Legal Elite” 2007-2019 by Florida Trend magazine. He was also listed in Florida Super Lawyers from 2008 to 2017 and Best Lawyers in America in 2016 and 2019. Kurt regularly attends many transportation law conferences sponsored by TIDA, TLA, ATA, DRI and USLAW.

In 1984, Kurt received his Bachelor of Science from the University of Florida and continued his studies to earn a Juris Doctor in 1987. He is a member of the Orange County Bar Association, Transportation Law Association, Defense Research Institute and the American Board of Trial Advocates, a national association of experienced trial lawyers and judges dedicated to the preservation and promotion of the civil jury trial right provided by the 7th Amendment to the U.S. Constitution.