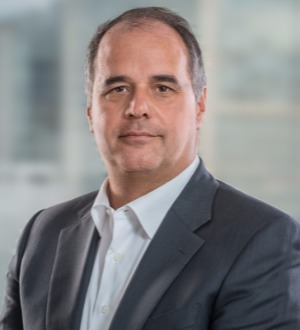 Mr. Baert was counsel for the plaintiff in Cloud v. Canada, the first Indian residential schools class action certified in Canada. A $5 billion pan-Canadian settlement was reached in the case in 2007. Kirk was designated as lead counsel in Canada to handle the 9 settlement approval hearings across the country. The settlement was ultimately approved by all 9 provincial and territorial courts involved. The settlement is proceeding and over 90,000 class members have made claims.

Kirk is counsel for the plaintiffs in Anderson v. Canada, in which it was alleged that Canada failed to comply with its constitutional and fiduciary duties to Metis and Inuit people in Newfoundland and Labrador arising from the operation of 5 residential schools in that province after 1949. The case settled in 2016 for $50 million after proceeding to a common issues trial.

Kirk was also counsel for the plaintiff in Pearson v. Inco Ltd., the first common law environmental class action to be certified in Canada. The case broke new ground on issues related to public nuisance and aggregate damages.

Mr. Baert was counsel for the plaintiff in Markson v. MBNA Canada Bank, which was certified by the Ontario Court of Appeal. The court’s decision expanded the situations where an aggregate assessment of damages may be used in a class action. The action settled in 2012 with class members receiving refunds of $8 million.

Kirk was Canadian co-counsel for the Ontario Public Service Employees Union Pension Trust Fund, the lead plaintiff in Re Nortel Networks Corp Securities Litigation. A worldwide settlement was reached in the case in late 2006 totalling over $2.4 billion.

Mr. Baert is counsel in Labourers Pension Fund v. Sino-Forest Corporation, Ernest & Young LLP et al. The firm won a three way contested carriage motion in the case. In 2013 and 2014, Kirk helped successfully negotiate and obtain court approval of a $117 million settlement with Ernst & Young LLP, one of the largest auditor settlements in world class action history and the largest ever in Canada. More recently, Kirk obtained court approval of the May 2015 settlement with 12 Canadian and American banks for more than $32.5 million, believed to be the largest settlement with a group of underwriters in Canadian history. Further settlements were reached with a number of other defendants, including BDO, resulting in a further $12 million for the class.

Kirk has also been counsel in a number of other securities cases, including Atlas, Barrick, Valeant, Kinross, Celestica, Penn West and Martinrea, amongst others and recovered close to $100 million dollars for shareholders in those cases.

Kirk was counsel for the plaintiffs in Dolmage v. Ontario, and three other related cases. Each of these cases sought to hold the provincial government liable for abuses at the government-run institutions for the cognitively and developmentally challenged. These cases were all settled for more than $107 million. He is also counsel for the plaintiff in Seed v. Ontario, a case which alleges that students at a government run school for the blind were abused. That case is scheduled to go to trial in April 2017.

Mr. Baert was counsel for the plaintiffs in Taylor v. Canada, which broke new ground in a 2012 Court of Appeal decision on the issue of when federal government regulators can be liable for injuries sustained by users of a defective product that the government failed to prevent from coming on the market.

For many years, Kirk taught a course in class actions with Professor Garry Watson at Osgoode Hall Law School. He has been on the Planning Committee for the Osgoode Hall Law School National Symposium on Class Actions held annually since 2001. Kirk is also a regular speaker and author of papers for The Canadian Institute, CBA, OBA, LSUC and the Advocates’ Society on class actions, complex litigation and other matters.

Kirk is a former editor of Carswell’s Practice Cases. He is currently a contributing editor of Class Action, a quarterly publication issued by Federated Press. Kirk was also a member of the CBA National Task Force on Class Actions. Kirk is the former Chair of the OBA Section on Class Actions. He sits on the Board of Directors for Pro Bono Law Ontario. His column, “Class Acts”, appears in The Canadian Lawyer once a month. He is also a former member of the Advisory Group of the Law Reform Commission of Ontario’s work on reforming the Class Proceedings Act, 1992.

Kirk is a Fellow of the Litigation Counsel of America. The Litigation Counsel of America is a trial lawyer honorary society composed of less than one-half of one percent of American lawyers. He has also been recognized by Lexpert, Best Lawyers in Canada, Chambers Canada, Chambers Global, Benchmark Canada and the Lexpert/American Lawyer Leading 500 Lawyers in Canada as a leading lawyer in class action litigation.

20 The Best Lawyers in Canada™ awards