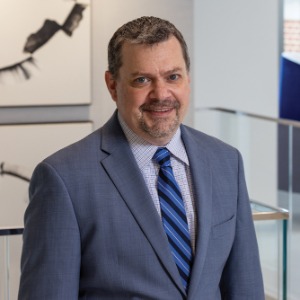 Kevin Minoli leads Alston & Bird’s Environment, Land Use & Natural Resources Washington, D.C. practice, and is a member of the firm’s ESG, Cryptocurrency, and COVID-19 Response & Relief teams. Before Alston & Bird, Kevin spent 18 years with the Environmental Protection Agency (EPA), ultimately holding the highest-ranking career attorney position at the agency and serving as the EPA’s acting general counsel. Kevin served as legal counsel on the EPA’s programs nationwide, working extensively with the EPA’s regional offices. During his time at the EPA, Kevin gained substantial experience with environmental laws and the regulations that implement them, and had extensive involvement with litigation at all levels of the court system, including several matters before the Supreme Court. Kevin spent several years as the EPA lead on congressional oversight matters, including preparing senior agency officials for hearings and other engagements with congressional committees, and frequently worked with a number of other agencies, including the White House, the Department of Justice, Department of the Interior, Army Corps of Engineers, and Department of Agriculture. Through knowledge, relationships, and experience he gained during his tenure at the EPA, Kevin effectively advocates on behalf of clients before the EPA and across the federal government and state government agencies.

240 The Best Lawyers in America® awards