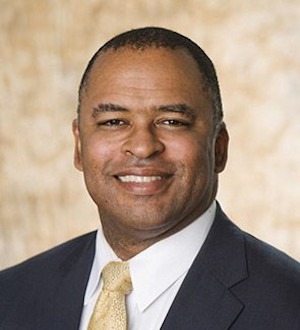 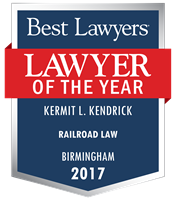 Kermit's background molded a competitive spirit and commitment to excellence that guides his handling and resolution of complex litigation matters across the Southeast.

As an All-American football player at the University of Alabama, Kermit learned the values of hard work, preparation, perseverance, teamwork, and courage. It is those same values that Kermit applies consistently in handling litigation matters in three primary areas: (1) consumer financial services including representing mortgage lenders, banks, short and long-term lenders, on-line lenders, and vehicle finance entities; (2) a variety of employment related claims such as those brought under Title VII, the Americans with Disabilities Act, and work-related injuries; and (3) the defense of transportation entities, including trucking companies, short line and regional railroads, in an array of litigation matters including actions brought under the Federal Employers’ Liability Act, claims for indemnification, insurance-related claims, and unique employment issues and actions. Kermit has successfully tried a number of cases in Federal and State courts and has also handled a number of arbitration matters.

While at the University of Alabama, Kermit was a 4-year starter on the football team, was an All-SEC performer in 1987 and, in 1988, was selected as an All-American. Kermit is especially thankful for having been the first winner of the Sylvester Croom Commitment to Excellence Award while at Alabama. Kermit later attended the University of Alabama School of Law. During law school, Kermit received the Jerome Hoffman Leadership Award and was a member of the Farrah Law Society. In addition, he was selected for membership in the Bench & Bar Legal Honor Society.

After receiving his Accounting degree, and before going to Law School, Kermit joined Merrill Lynch, where he secured a Series 7 license and worked as a financial consultant. In addition, Kermit served as a compliance officer for approximately two years for the University of Alabama’s Athletic Department before attending Law School.

Kermit’s leadership and his desire to provide support to charities in the Southeast are demonstrated by his involvement in a number of organizations. Kermit’s litigation skills were recognized in connection with being selected as a future lead litigator for CSX Transportation, Inc.