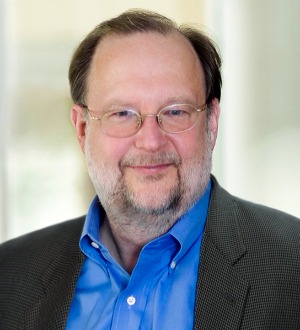 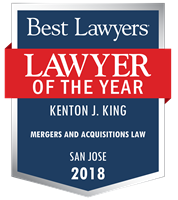 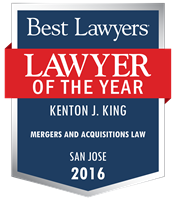 In the United States, Mr. King concentrates on corporate governance and mergers and acquisitions, as well as equity financing, licensing and strategic partnering transactions in the information technology and biotechnology industries. Mr. King’s M&A practice encompasses friendly and unsolicited transactions and includes advising companies and boards of directors on governance matters and shareholder activism. He has handled some of the largest-ever technology deals, including representing Yahoo! Inc. in Microsoft Corporation’s unsolicited $45 billion acquisition proposal; Ascend Communications, Inc. in its $20 billion acquisition by Lucent Technologies, Inc.; and Compaq Computer Corporation in its $25 billion merger with Hewlett-Packard Company.

On the international front, Mr. King has represented numerous U.S. and Japanese corporations in connection with cross-border transactions. He also has advised U.S. corporations on acquisitions and joint ventures in multiple jurisdictions in Europe and Asia.

He was resident in Skadden’s Tokyo office in the early 1990s and worked for several years in the Tokyo headquarters of one of Japan’s largest integrated trading companies.

Mr. King was named by the Daily Journal as one of the “Top 10 Lawyers of the Decade” in 2010 and has appeared repeatedly on the Daily Journal’s annual list of the “100 Most Influential Lawyers in California.” The Recorder also has recognized him as an Attorney of the Year and California Lawyer named him one of the top corporate and M&A lawyers in the state (in a group of only nine attorneys listed). In 2013, he received a Client Choice award in the M&A category from International Law Office and Lexology.

Mr. King has been recognized in Chambers Global; Chambers USA; The Legal 500 U.S.;The International Who’s Who of Business Lawyers; The Best Lawyers in America;IFLR1000; the PLC Cross-border Mergers and Acquisitions Handbook; and Lawdragon 500 Leading Lawyers in America.