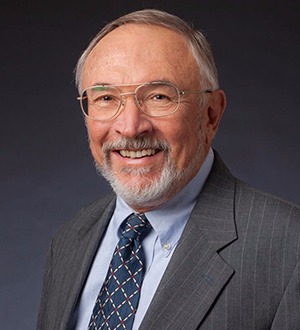 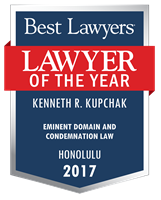 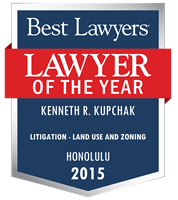 Ken is a Fellow in the American College of Construction Lawyers, and has served on the Governing Committee of the American Bar Association’s Forum on the Construction Industry. He has degrees in chemistry from Cornell and meteorology from Penn State. In 1996, Penn State’s College of Earth and Mineral Sciences named him a Centennial Fellow. He was a meteorologist for 4 years, serving as General Staff Weather Briefing Officer in Saigon, Vietnam (7th Air Force), and Chief Forecaster at Suffolk County Air Force Base on Eastern Long Island. In 1968 he served on the University of Hawaii’s meteorology research staff prior to returning to Cornell where he obtained his law degree with a specialization in international affairs in 1971. While in law school he clerked for the Wall Street firm of Cleary Gottlieb Steen & Hamilton, and the Los Angeles firm of McCutcheon Black Verleger & Shea. He also assisted for Professor Rudolph B. Schlessinger on the third edition of his comparative law text for Foundation Press and for Professor Harrop A. Freeman regarding special studies with respect to Micronesia.

After serving on the Cornell Law Review, Ken received his J.D. with specialization in international law. For more than 30 years, his practice has centered on all aspects of construction law, from international joint ventures to complex multi-party litigation, to the acquisition of three of the Pacific Basin’s leading contractors. Ken represents numerous developers, architects, contractors and subcontractors and served on Boards of three large construction companies.

In representing planned community developers, Ken has won significant state supreme court decisions invalidating initiative as a land use tool and clarifying due process rights with respect to aesthetic and environmental interests with colleagues Robert Thomas and Greg Kugle; Damon Key has developed Hawaii’s most recognized land owner land use rights practice as evidenced in their recent University of Hawaii Law Review Article: “Arrow of Time: Vested Rights, Zoning Estoppel, and Development Agreements in Hawaii.” And Hawaii Supreme Court decisions requiring examinations and pretexts behind condemnation and precluding private rights of action. He has also won significant reported construction cases under both the Miller Act and the State Procurement Act. For 10 years, he was a member of the Statewide Advisory Committee for the Coastal Zone Management Program and chaired its agenda committee.

For decades Mr. Kupchak has been a member of the American Arbitration Association’s panel of arbitrators and has served on its international arbitration training faculty. In addition to the Governing Committee of the American Bar Association’s Forum on the Construction Industry, Mr. Kupchak has served as the Chair of its membership and marketing committees and its Dispute Avoidance and Resolution Division. He also co-chaired its 2001 Annual Meeting in New Orleans. He has also been a forum plenary session and a workshop speaker. He has led workshops regarding international arbitration at several annual meetings of the Meritas, the world’s largest affiliation of business and commercial law firms.