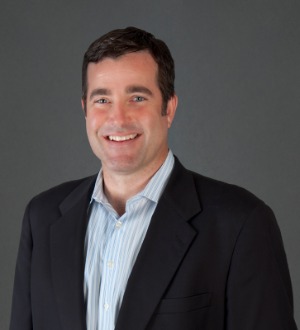 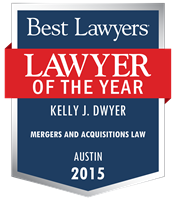 Kelly practices business and securities law with a focus on:

Kelly also serves as de facto general counsel for many of his operating company clients, providing counsel on a variety of corporate and transactional matters, including:

Kelly has been recognized in The Best Lawyers in America© (Woodward/White, Inc.) for Corporate Governance and Compliance Law (2012-2017), and Mergers & Acquisitions Law (2013—2017). He was also named The Best Lawyers in America© (Woodward/White, Inc.) "Lawyer of the Year" in Mergers & Acquisitions (Austin), 2015. Kelly has also been selected to the Texas Super Lawyers list, Super Lawyers (Thomson Reuters) in 2017 and the Texas Rising Stars list, Super Lawyers (Thomson Reuters), 2004. He was named a Fellow of the Texas Bar Foundation in 2014. Prior to co-founding DMC, Kelly practiced corporate law as a solo practitioner from 2002 until December 2005. Prior to founding his solo practice, Kelly was a corporate securities and venture capital attorney for Vinson & Elkins L.L.P. Kelly is licensed to practice law in the State of Texas. Kelly received his B.A. and his J.D. from the University of Texas. Kelly enjoys spending his free time with his wife, Allison, and his four girls – Emily, Annabel, Katherine and Maggie. When they get tired of him, Kelly takes the opportunity to run, fish, hunt or catch a good UT road game. Golf is a distant memory.