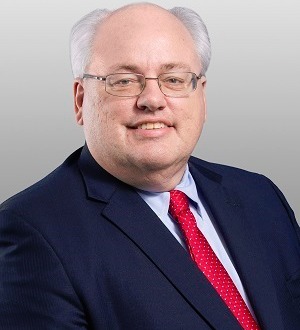 Navigate to map location for Keith A. Teel Visit the website for Keith A. Teel at https://www.cov.com/en/professionals/t/keith-teel
Your comment has been submitted!
We have encountered an error and are unable to process your comment at this time. Please refresh the page and try again later.
Add Comment
In making your comments, please do not refer to a pending legal matter.
Share My Profile
Post on Social

Keith A. Teel is a litigator and legislative advisor of unusual breadth. He handles major patent and product liability cases, disputes, and legislation. He has litigated at every level, including arguing before the United States Supreme Court. He serves as lead counsel for defendants involved in an ongoing Multi-District Litigation proceeding, and oversees cases that are among his firm’s largest and most complex. He represents clients, including at trial, in Hatch-Waxman and other pharmaceutical patent litigation, and in patent infringement litigation involving various types of technology. In the product liability area, Mr. Teel represents major auto parts, pharmaceutical, alcohol, tobacco, and other manufacturers and trade associations in product liability litigation and legislation. In the legislative area, Mr. Teel works with companies and state and national groups as they seek improvements in liability standards and court procedures. He has a deep understanding of the political process and the forces that influence it, and he has drafted legislative proposals for every state and testified in support of legislation in nearly every state.

Mr. Teel also regularly provides pro bono assistance to individuals. Among other matters, he represented a veteran in a case in which the United States Supreme Court made clear that benefits determinations of the Veterans Administration may be appealed, and he succeeded in persuading the Alabama courts to overturn the conviction and death sentence of a client, who was ultimately released from prison after seventeen years after pleading guilty to a charge not involving homicide. Mr. Teel co-chairs Covington’s patent litigation practice group.

135 The Best Lawyers in America® awards

86 Best Lawyers: Ones to Watch in America awards