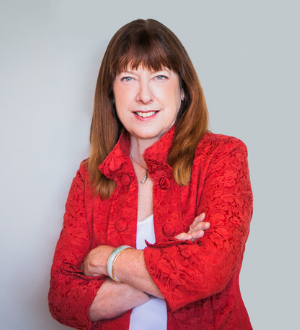 Kate originally joined the firm in 1988 and returned to the firm in 1998 after practising labour law in British Columbia from 1993-1998. Kate's practice covers a wide range of areas including labour arbitration, judicial reviews and appeals, court injunctions, advice regarding strikes and lockouts, labour board proceedings, professional regulation and discipline, education law and health law, inquests, civil litigation and human rights matters.

Kate has successfully argued two leading Supreme Court of Canada cases. She was counsel in the ground breaking discrimination case known as Meiorin or the "female firefighter case" where the SCC accepted her argument and used it to establish the new test for discrimination (British Columbia v. British Columbia Government and Service Employees' union (BCGSEU) (Meiorin) [1999] 3 S.C.R.3). She was also successful on behalf of unions in the BMWE v. Canadian Pacific case, in establishing the right of a union to obtain a court injunctions against an employer for violating the collective agreement where there was no effective means to obtain interim remedies from an arbitrator. Since then she has been successful at convincing a number of courts to grant injunctions on behalf of unions. Kate also has considerable experience in representing unions in strike or lockout injunctions and other court and labour board proceedings during labour disputes.

Kate is well known for her work in human rights. She is counsel on the leading case dealing with systemic human rights remedies (McKinnon v. the Ministry of Corrections), which has been upheld by the Court of Appeal.

Over the last two decades Kate has represented many professionals, including nurses, midwives and other health professionals governed by the Regulated Health Professions Act and teachers in discipline matters, arbitrations, interest arbitrations, inquests, injunctions, human rights proceedings, in civil litigation and judicial reviews and appeals at all levels.

Kate is a frequent speaker on a variety of labour issues including discrimination in the workplace, harassment, duty of accommodation and professional discipline, health and education matters. She is the author of a number of articles including co-authoring a paper on A New Approach to Workplace Discrimination/une nouvelle approache à la discrimination on the Meiorin decision and a number of papers on the new Human Rights Code and accommodation issues. She was the author of Midwifery Legal Issues and A History of Midwifery for the 1987 Task Force on the Implementation of Midwifery in Ontario. Prior to joining the firm in 1988, Kate practised with the labour law firm, Symes Kiteley & McIntyre from 1985 to 1987.