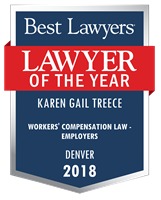 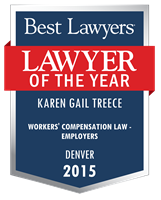 Ms. Karen Gail Treece, a founding member of Brown Gren Abraham & McCracken, LLC, is a trial lawyer with over thirty years of litigation experience. Ms Treece is recognized as one of the premier workers’ compensation defense lawyers in the State of Colorado. Ms. Treece began her legal career as a Deputy District Attorney and as a law clerk to the former Chief Judge of the United States District Court for the District of Colorado. Ms. Treece then gleaned experience in the civil defense arena. She specialized in toxic torts, governmental entity, premises, and major litigation defense.

Karen has devoted her practice to the defense of employers sued under the Colorado Workers’ Compensation Act. Ms. Treece has implemented a workers’ compensation defense system which historically has produced exceptional results for employers. Ms. Treece has successfully tried all aspects of workers’ compensation cases in every venue in Colorado, including numerous appearances at both the Court of Appeals and the Colorado Supreme Court. 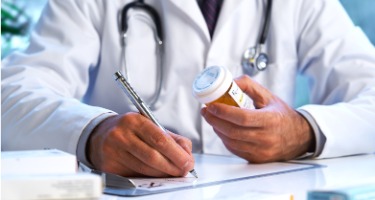