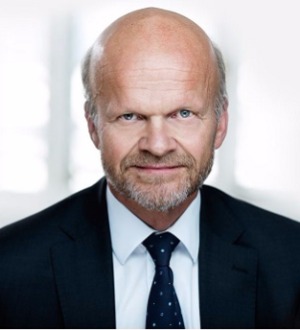 Navigate to map location for Kai Thøgersen Visit the website for Kai Thøgersen at http://www.wiersholm.no/people/CV?initials=kai
Your comment has been submitted!
We have encountered an error and are unable to process your comment at this time. Please refresh the page and try again later.
Add Comment
In making your comments, please do not refer to a pending legal matter.
Share My Profile
Post on Social

Kai Thøgersen has broad national and international experience in business law and strategic consulting, contract drafting and negotiation of mergers, acquisitions, capital market transactions and other major change processes. In addition Thøgersen long experience as a team and lead negotiator and was in over eight years Managing Partner of one of the largest law firms.

Thøgersen assists especially technology and telecoms companies and is the leader of Wiers Holms focus on lines of business technology, media and communications.

Thøgersen is ranked as one of the leading experts in mergers and acquisitions by Chambers Global and Chambers Europe.

Kai Thøgersen led Wiersholm team who assisted Coop acquisition of ICA Norway. Wiersholm was facilitator of the transaction in which Coop Norway bought all the shares in ICA Norway, including ICA grocery business in Norway consisting of 553 stores and logistics and support functions.

Kai Thøgersen led Wiersholm team who assisted Nordic Capital in Agreement to acquire all the shares in Vizrt Ltd. The deal valued the total share capital of Vizrt Ltd. to about 2500 millions of Norwegian kroner.

34 The Best Lawyers in Norway™ awards