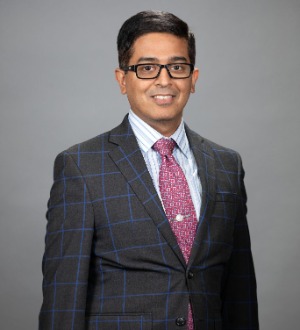 Dr. Kabir Duggal is an attorney in Arnold and Porter's New York office focusing on international investment arbitration, international commercial arbitration and public international law matters, serving both as counsel and arbitrator. Dr. Duggal's experience includes complex disputes under numerous bilateral/multilateral investment treaties and contracts in South Asia, Latin America, Central Asia, Middle East, Europe and Africa. His experience flows from his triple training in international law, common law, and civil law traditions. The total value of the disputes he has been involved in exceeds 80 billion dollars. He has facilitated the mediation and negotiation of complex disputes. He also acts as a Consultant for the United Nations Office of the High Representative for Least Developed Countries, Landlocked Developing Countries and Small Island Developing States (UN-OHRLLS) on the creation of a novel "Investment Support Program" (which was shortlisted by Global Arbitration Review for the category of “Best Developments” for 2018). He also serves on the Steering Committee of the Investment Support Program. He has also conducted training and capacity-building sessions for several Governments including Colombia, Saudi Arabia, Myanmar, India, Philippines among others on public international law and dispute resolution matters. He also serves on the Federal Republic of Somalia’s New York Convention Task Force as well as the WTO Negotiating Team (International Board).

Dr. Duggal has considerable experience in various aspects of public international law and dispute resolution. He was a consultant at The World Bank Group in Washington, DC, where he worked with the Development Research Group focusing on socioeconomic rights in the developing world, and for UNICEF on issues of child rights and child protection. He has also worked as a judicial clerk for an Indian Supreme Court Judge. Dr. Duggal is a Lecturer-in-Law at Columbia Law School, teaching "International Investment Law and Arbitration." He is also a Course Director and Faculty Member for the Columbia Law School-Chartered Institute of Arbitrators Comprehensive Course on International Arbitration. He has also taught dispute resolution courses in educational institutions all over the world including Georgetown University Law Center, Fordham Law School, The Graduate Institute (Geneva, Switzerland), ESADE Law School (Barcelona), National Law University (Jodhpur, India), University of Carlos III (Madrid, Spain), National Research University Higher School of Economics (Moscow, Russia), Government Law College (Mumbai, India) among others. He also hosts a leading webinar series entitled “TagTime” which involves conversations with leading arbitrators from all over the world. Dr. Duggal has published several articles and books and is regularly invited to speak at conferences globally. He is the Managing Editor for Columbia Law School’s “The American Review of International Arbitration” and is an editor for investmentclaims.com hosted by Oxford University Press. He has co-authored a book entitled "Evidence in Investment Arbitration" published by Oxford University Press and "Principles of Evidence in Public International Law as applied by Investor-State Tribunals" by Brill Publishing. He has received the Burton "Law360 Distinguish Legal Writing Award" for his scholarly writings. His writings have been cited by arbitral tribunals and by the Supreme Court of Switzerland. He also serves as an Associate Editor for "ICSID Review" and also serves on its Peer Review Board and is also an Associate Editor for Brill-Nijhoff’s “Perspectives in International Investment Law and Arbitration.”He is also a co-chair of the Juris Conference on Investment Treaty Arbitration. He is a Fellow at Columbia Center on Sustainable Development. He has been awarded the “2018 Academic Prize” by the Belgian Centre for Arbitration and Mediation (CEPANI) and is listed in Leiden University’s “2019 Hall of Fame.”

89 The Best Lawyers in America® awards

49 Best Lawyers: Ones to Watch in America awards