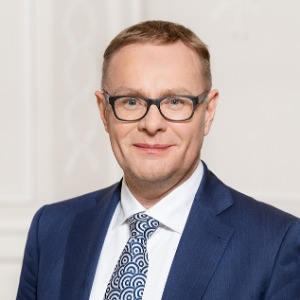 Navigate to map location for Jürgen Meier Visit the website for Jürgen Meier at https://www.vossius.eu/en/attorneys-professionals/profile/dr-juergen-meier
Your comment has been submitted!
We have encountered an error and are unable to process your comment at this time. Please refresh the page and try again later.
Add Comment
In making your comments, please do not refer to a pending legal matter.
Share My Profile
Post on Social

Dr. Jürgen Meier studied biology and biochemistry at the universities of Freiburg im Breisgau, Sussex (England) and Dundee (Scotland). After completion of his Ph.D. at the European Molecular Biology Laboratory (EMBL) in Heidelberg, he worked for several years at the Centre de Recherche en Neuroscience of McGill University in Montréal, Canada. He joined VOSSIUS & PARTNER in 1998 and became European Patent Attorney in 2001. He is also admitted to practice as German Patent Attorney (Patentanwalt) and European Trademark Attorney and is a partner of VOSSIUS & PARTNER since 2004.

Dr. Meier specializes in prosecution proceedings, oppositions, revocation proceedings as well as infringement proceedings relating to biotechnology as well as in pharmaceuticals. He has extensive experience, inter alia, in the prosecution and litigation of antibody technologies, including important drugs like blinatumomab, trastuzumab or rituximab, in the pharmaceutical area, in particular the neurological and metabolic field, including drugs in Alzheimer or in diabetes intervention, in small molecule drugs, like bisphosphonates. He has also experience in the prosecution and litigation of cases relating to fermentation technologies and microbiology, including amino acid production, alcohol fermentation and brewing technologies.

Dr. Meier is the Chairman of the AIPPI Biotech Committee. Furthermore, he gives presentations and lectures on patentability issues of biotechnology, biocomputing inventions as well as formal and legal aspects of patent law. Dr. Meier has published several articles on IP matters and is a co-author of the book “From Clones to Claims” on the European Patent Office's jurisdiction in the field of biotechnology in comparison to the US and Japanese practice , 6th edition (December 2015) and he also teaches in the "D-course (legal course)" at CEIPI of the Université de Strasbourg, France, at the University of Würzburg, Germany, the Zeppelin University, Friedrichshafen, Germany as well as at the Management Center Innsbruck (MCI), in Austria.