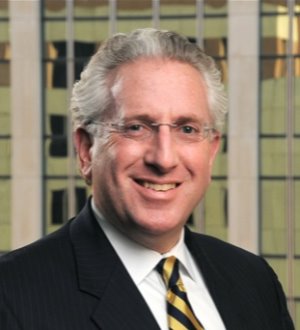 Navigate to map location for Joshua A. Hawks-Ladds Visit the website for Joshua A. Hawks-Ladds at https://www.pullcom.com/people-joshuahawksladds
Your comment has been submitted!
We have encountered an error and are unable to process your comment at this time. Please refresh the page and try again later.
Add Comment
In making your comments, please do not refer to a pending legal matter.
Share My Profile
Post on Social

Joshua A. Hawks-Ladds is chair of the firm’s Labor, Employment Law and Employee Benefits Department. His practice includes counseling on and litigating business, construction, labor and employment and civil rights matters and municipal law. Attorney Hawks-Ladds has tried cases in numerous state and federal courts, argued before the Second Circuit Court of Appeals and the Connecticut Supreme and Appellate courts and litigates extensively before administrative tribunals. Attorney Hawks-Ladds frequently lectures and consults on trial practice, business disputes, labor and employment law and municipal issues. Attorney Hawks-Ladds also regularly negotiates employment agreements, severance and compensation packages involving executives of some of the largest U.S. and international companies. He is cited as an authority in Covenants Not to Compete: A State by State Survey, 2005 Supplement.

"Joshua Hawks-Ladds is dedicated, detailed, thorough, and willing to listen. He is a true professional."

"The Town of East Windsor is extremely fortunate to have found an attorney the caliber of Mr. Hawks-Ladds for our labor matters. He is very responsive, thorough and presents our proposals in a no nonsense yet non-confrontational manner. Very effective. We have made great strides toward better labor relations with his counsel."

"For many years now Attorney Joshua Hawks-Ladds, with the law firm of Pullman & Comley in Hartford, CT, has been the primary attorney who represents the East Windsor, CT Police Department and me, as the Chief of Police and 23 year law enforcement veteran, during my daily complex duties. He has represented my agency and me in various legal matters such as State and Federal lawsuits and litigation matters, labor grievances to include arbitration before the State labor board, CHRO complaints, FOI complaints and matters, pension and collective bargaining (contract negotiations), and legal guidance and advice during investigations and policy development. Attorney Hawks-Ladds has a strong work ethic and he works tirelessly to do what is best for the town and the police department. He is extremely competent in labor, employment, and management law. He is dedicated, committed to his clients, and extremely intelligent. He simply understands complex matters rapidly and assists immediately. I have found him to be very prepared, detail-oriented, easy to contact, and remains current with emerging trends. Josh is always available and provides professional legal assistance for the most difficult of subject matters. He has an approachable, likable and personable demeanor that lends to his abilities in the litigation or legal process. He brings strong oral and written communication skills to the process as well. Josh is supported by a strong law firm, fellow associates, and members of his legal team that can make difficult tasks much easier. Over the years, time and time again this legal team has been excellent and they often make the difference with the matters we face. As a veteran Police Chief I value integrity, competence, a strong work ethic, and loyalty when I have a tough assignment to complete. These are all attributes that Attorney Hawks-Ladds and Pullman & Comley bring to the table."

"Mr. Hawks-Ladd is a very direct and forthright attorney. His advice is both pragmatic and to the point. Mr. Hawks-Ladd has represented my agency for 3 years and has assisted us with very difficult labor negotiations as well as general litigation. I recommend Mr. Hawks-Ladd without reservation."

"Cabrera Services has worked with attorney Joshua Hawks-Ladds for several years and we are very pleased with the services he provides. Josh has been very easy to work with and is extremely responsive. I would highly recommend him."

"Attorney Joshua Hawks-Ladds has represented my company for three years. During that time, he and the firm have provided valuable education and advice to make sure my company is compliant with the employment law. Because of his proactive approach and willingness to educate us, we have avoided making costly mistakes which we might have made otherwise without his expertise. I have and will continue to recommend Josh Hawks-Ladds and Pullman & Comley"

"Joshua Hawks-Ladds is an excellent employment practices lawyer with outstanding business sense as well as incredible eye for detail. He is an accomplished litigator. Mr. Hawks-Ladd knows the law. He is easily accessible and accommodative."

"Working for Pullman & Comley, attorney Joshua Hawks-Ladds is the primary attorney who represents my Municipal Police Department in federal and state lawsuits, litigation, and appeals, State Labor Board mediation hearings and grievances, CHRO complaints, FOI matters, and all other labor matters to include pension and collective bargaining negotiations within the agency. For many years I have found him to be professional and extremely experienced in complex labor/litigation matters faced by the department. He is always prepared, organized, highly detailed while handling our complex issues, and he remains current with emerging trends and the law. Mr. Hawks-Ladds is extremely intelligent and rapidly comprehends the most difficult situation(s) and subject matter, and provides professional legal assistance that ends successfully. He has strong verbal and written communication skills, is very attentive, rapidly responds to all of my inquiries and needs, and is effective in dealing with others. His clarity of communication and approachable personality style has been a great benefit to this Police Department. He enjoys an exemplary reputation in his profession and within my community. He is a well-respected and trusted representative for the Town and the East Windsor Connecticut Police Department. As a progressive Chief of Police working in a complex and evolving industry, I find the level of commitment and service provided by Mr. Hawks-Ladds, supported by a great law firm (Pullman & Comley), to be a tremendous benefit to me as I go about my daily business."

"Our company trusts Attorney Hawks-Ladds implicitly. The expertise and attention he brings to the matters brought to him are insightful and thorough. He is willing to deal with whatever is presented but is conscious of our costs. We value our relationship with him immensely."

"REM trusts Josh Hawks-Ladds completely. He has been there when we needed him providing his expertise in a timely fashion. He is highly interactive, listens to what you say, and takes care of business effectively."