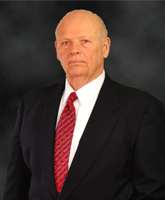 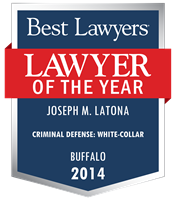 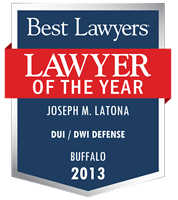 Mr. LaTona represented several of the criminal defendants and civil respondents in the Ingram-Micro income tax investigation in which several sales personnel were targeted [W.D.N.Y. 1996-1997].

Mr. LaTona has also represented many police officers and corrections officers during his career. He also represented one of the "Lackawanna Six" and former University of Buffalo basketball great Maurice "Modie" Cox (1997).

Mr. LaTona is a member of the New York State Bar Association ("N.Y.S.B.A."), the Erie County Bar Association ("E.C.B.A."), the National Association of Criminal Defense Lawyers and the New York State Association of Criminal Defense Lawyers and has lectured numerous times for the N.Y.S.B.A. and the E.C.B.A. Mr. LaTona has achieved Martindale-Hubbell's highest AV rating. He has been listed in The Best Lawyers in America, Naifeh and Smith, Woodward-White in each edition since 1987. Mr. LaTona has been selected in each New York Super Lawyers - Upstate Edition since 2008 as one of the top fifty lawyers. He was the subject of a feature article in the September 2008 New York Super Lawyers - Upstate Edition magazine.

Several of the criminal defendants and civil respondents in the Ingram-Micro income tax investigation in which several sales personnel were targeted [W.D.N.Y. 1996-1997]