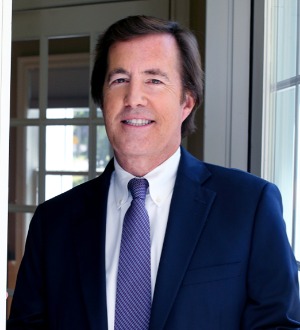 Joseph G. Walsh is a principal in Cohen and Wolf's Litigation Department and Chair of the Personal Injury Group. Resident in the firm's Danbury office, Mr. Walsh practices in the areas of personal injury, criminal defense and commercial litigation. He also supervises many of the enforcement actions filed on behalf of our municipal clients.

Prior to joining Cohen and Wolf, P.C. in 1988, Mr. Walsh was an assistant district attorney in Suffolk County, New York, where, as a member of the Narcotics Bureau, he investigated and prosecuted New York's drug law offenders. He also served as Suffolk County's first attorney-in-charge of the East End Narcotics Task Force, a compilation of federal, state, county and town law enforcement officers investigating drug trafficking in the east end of Long Island, New York. Mr. Walsh tried more than 30 cases to verdict as a prosecutor.

Since entering private practice more than twenty-five years ago, Mr. Walsh has tried many personal injury cases to verdict in both state and federal courts. He has tried or settled several wrongful death cases, as well as cases dealing with catastrophic injuries suffered by his clients. As an experienced litigator, Mr. Walsh provides vigorous and thorough representation in the courtroom, while respecting the dignity and desires of the firm's clients during the entire process.

Mr. Walsh was selected as a Connecticut Super Lawyer (2009-2014, 2017-2019) for his work in the area of Personal Injury. Mr. Walsh was also recognized for his work in Personal Injury Litigation: Plaintiff's, in Best Lawyers in America (2015-2019), and is a member of the Multi-Million Dollar Advocates Forum, one of the most prestigious groups of trial lawyers in the United States.