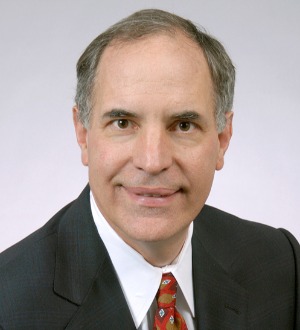 Joe Mais is an experienced trial lawyer who has tried more than 20 jury trials, bench trials and arbitrations. He also has served as lead counsel in many significant matters that were successfully resolved before trial. He has served as lead counsel in a wide range of matters including multiple securities, intellectual property, and consumer actions, as well as contract, business tort and real estate litigation.

Joe is currently ranked by Chambers as an Arizona Band One litigator, and described as a "top-flight litigator much admired for the ‘clarity of his thinking.’" He is currently listed by Best Lawyers in America in both Commercial Litigation and Bet-the-Company Litigation. One reviewer said: "Joe is great at reading the overall situation... putting forward the most compelling arguments and knowing what to leave aside." He is also currently recognized by Benchmark Litigation as a "Local Litigation Star," and as a leading litigator by Southwest Super Lawyers.

Joe’s problem-solving skills as a litigator are supplemented by his years of experience as a business and practice manager. Since July 2008, Joe has served as chair of the firm’s national litigation practice group. He previously served as Managing Partner of Brown & Bain P.A. from 1995 to 2004, leading efforts that resulted in its highly successful merger with Perkins Coie in 2004, and as a member of Perkins Coie’s Management Committee from 2004 to 2008.
Read more on firm website

No. One Jianguomenwai Avenue