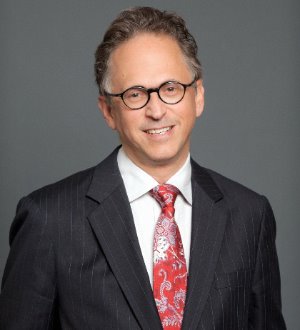 Joseph Adler is a senior corporate and commercial lawyer who assists clients in all matters related to their operations and transactions in Canada and a registered trade-mark agent. His particular emphasis is in franchising and distribution, intellectual property law and cross-border trade. Joseph serves as legal counsel for Canadian and US (and other foreign) franchisors doing business in Canada and Canadian franchisors doing business in the US, Europe and other jurisdictions. He also acts and has acted for various multi-unit franchisees and franchisee associations as well. His firm has represented over 440 franchise systems, including Franchisors and Franchisees.

Joseph is the immediate past Secretary and General Counsel to the Canadian Franchise Association (CFA) and was a director and executive member of the CFA’s Board of Directors from between 2007 and 2015.

Joseph has published and has been quoted in numerous articles and has spoken on various franchising topics at venues organized by the CFA, the Ontario Bar Association and the International Franchise Association. He is a member of the CFA’s Legal and Legislative Affairs Committee.

Joseph is listed as a leading practitioner in franchise law in the:

"Joe understands the franchise business and challenges faced by franchisees and franchisors to grow their business. His service is excellent and his fees are reasonable. We have been using his services for over eight years now and would recommend him to other franchisors and franchisees."

"Joseph Adler is one of Canada's most experienced and sought after franchise lawyers. In my experience, I have found him to be knowledgeable, thorough, and above all, a pleasure to work with. His depth of experience brings a genuine understanding of the "pace of business" to his work, allowing him to service his clients' needs at an exceedingly practical level."