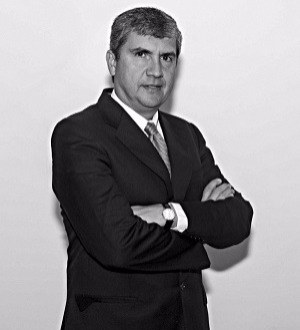 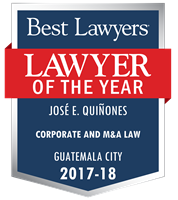 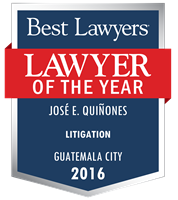 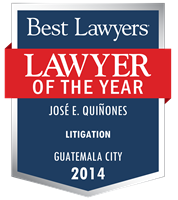 Jose Quiñones has extensive local and international experience advising foreign financial institutions in structured finance deals, sovereign bond offerings in international capital markets, cross-border transactions and its tax implications, mergers and acquisitions and complex project finance deals involving local and foreign banks and financial institutions and/or borrowers. He is often retained to advice on business and corporate strategy, serves as advisor to boards of financial institutions and is frequently appointed as arbitrator regarding these matters. Among Jose advisory work, he also has acted as director to insurance and surety companies, and has been retained by insurance companies and reinsurance syndicates to advise on complex claims and reinsurance disputes involving agreements or dealings governed by Guatemalan or foreign laws.

Prior to co-founding QIL+4 Abogados, Jose ventured into establishing Quiñones, Ibargüen, Lujan & Mata, S.C. in 1999 and worked for the Guatemalan judicial branch court system at a Civil and Mercantile trial court. He worked as consultant for an investment bank, and executive director for a Financial Group. He was an associate and partner at Falla, Silva-Peña, Viteri (now dissolved), a renowned law firm in Guatemala.

Additionally, Jose is a Designee Arbitrator for the International Centre for Settlement of Investment Disputes (ICSID), which is the leading institution devoted to international investment dispute settlement based in Washington, D.C. He has also served as director for several financial and industrial institutions such as the Center for Corporate Social Responsibility, the Guatemalan Branch of the Association Internationale De Droit Des Assurances (AIDA) and actively participates, pro-bono, in institutions that work for the transparency and advancement of the Guatemalan justice system.

5 The Best Lawyers in Guatemala™ awards

Recognized in The Best Lawyers in Guatemala™ 2019-20 for work in: