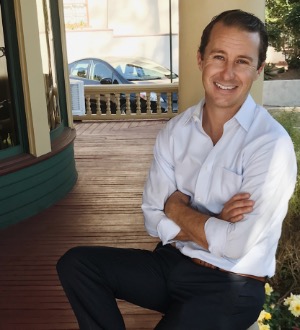 Early in his legal career, Mr. Harlan worked as an insurance defense attorney, so he has a wealth of knowledge and insight into the tactics insurance companies use to reduce or deny claims. Armed with this experience, he is able to devise the most effective strategies possible to helps his clients recover the full amount of compensation they deserve, and he has secured millions of dollars in settlements and verdicts for his plaintiff clients.Mr. Harlan's desire to help those suffering needlessly through no fault of their own stems largely from his own personal experience.

Tragically, his grandmother tripped and fell over an unmarked extension cord in front of a store, suffering a broken hip, which led to further complications and her untimely passing. Resolved to do something about it, Mr. Harlan has made it his professional mission to help prevent such tragedies from occurring to others and to provide a voice to those who would otherwise have no legal recourse.From his efforts, he has secured millions of dollars in total compensation for his plaintiff clients, and he has earned an AV-Preeminent peer review rating* from Martindale-Hubbell for his outstanding professionalism. In addition, he has received designation from Expertise as one of the Best Personal Injury Attorneys in San Diego, and he has received Superb, 10 out of 10 client ratings on Avvo. The San Diego Business Journal also voted him Best of the Bar in 2016, and he has received many other top rankings and endorsements from his peers.A graduate of the University of San Diego, Mr. Harlan returned to his alma mater and obtained his Juris Doctor from the University of San Diego School of Law in 2010. While there, he was a member of the National Mock Trial and Mock Court teams, and he graduated Order of the Barristers.

He is licensed to practice in Colorado as well as California, and he is admitted to practice before the U.S. District Court for the Central and Southern Districts of California.He has also conducted lectures and continuing legal education seminars before the National Institute of Trial Advocacy, the ASCB Conference and the University of San Diego School of Law.