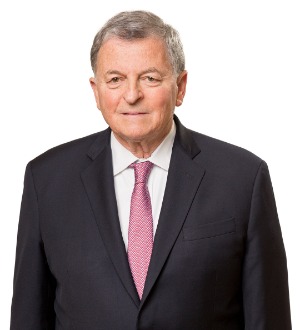 Jon A. Sale is Of Counsel in the Miami office of Nelson Mullins Broad & Cassel where he is co-chair of the firm’s White Collar & Government Investigations Practice Group. He is a leading white collar criminal defense attorney who is one of two attorneys in the state of Florida designated by Chambers U.S.A. as an “eminent practitioner” in the white collar field.He is a member of the Southern District of Florida Federal Judicial Nominating Commission, which interviews candidates for the federal bench and makes recommendations to the Senators. He is also a member of the U.S. Magistrate Merit Selection Panel, which recommends to the District Court finalists for Magistrate Judge positions. He is experienced in representing corporations and individuals in grand jury investigations and diverse and complex criminal litigation, including large scale document reviews and productions. He also is experienced in representing defendants at sentencing hearings. He has represented clients in almost every substantive area of concentration, including health care fraud, securities fraud, financial institution fraud, Foreign Corrupt Practices Act (FCPA) violations, money laundering, criminal anti-trust violations, tax fraud, mortgage fraud, and various fraudulent investment schemes.Mr. Sale’s government service included serving as an Assistant U.S. Attorney in the Southern District of New York and in the District of Connecticut. He also was the Chief Assistant U.S. Attorney in the Southern District of Florida. Mr. Sale also served as an Assistant Special Watergate Prosecutor under Special Prosecutors Archibald Cox and Leon Jaworski. His responsibilities extended to supervising grand jury matters and functioning as trial counsel in resulting litigation. He participated in legal efforts to obtain and review secret White House tapes to determine whether criminal conduct had taken place in the Oval Office and among senior Presidential staff members. He also participated in litigating an issue of first impression in the Fifth Circuit, which tested the power of the judiciary when ruling on a government Motion to Dismiss a criminal proceeding. Mr. Sale also served as a Special Assistant to the Attorney General of the United States supervising a grand jury investigation to determine if an ambassadorship was awarded as a quid pro quo for a political contribution. While Mr. Sale was Chief Assistant U.S. Attorney in the Southern District of Florida, he supervised all major criminal and civil cases within that judicial district. In U.S. v. Fedorenko, he was the chief prosecutor in a civil denaturalization proceeding against a World War II guard at the Nazi death camp at Treblinka, Poland. Witnesses, who had escaped from Treblinka during the war, traveled to the United States to identify Fedorenko and testify about his war crimes during the trial. The case was ultimately heard by the Supreme Court of the United States, which upheld the decision of the Fifth Circuit and ordered that Fedorenko be denaturalized.Mr. Sale has served on numerous court committees in the Southern District of Florida, including the U.S. Magistrate Merit Selection Panel, the Trial Experience Committee of the Attorney Admissions Program, and the Advisory Committee on Rules and Procedures for the U.S. District Court.Mr. Sale was a member of Florida Attorney General Pam Bondi’s Transition Team.

86 Best Lawyers: Ones to Watch® in America awards