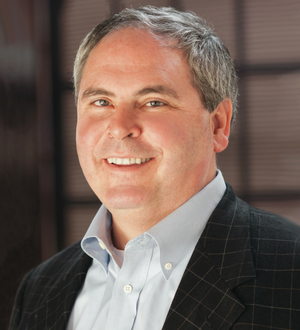 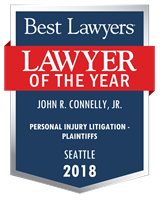 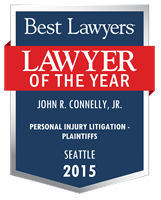 John R. (Jack) Connelly has been practicing law in the Puget Sound for over 28 years, entirely in representation of plaintiffs. His practice is rooted in the core values upon which he founded the Connelly Law Offices; Truth, Justice, Accountability and Equal Access. Jack maintains a strong interest in cases which hold government and corporate entities accountable, which emphasize the dignity and value of every human being, and which make a difference in how government officials, and entities, respond to the citizens they are charged with representing. 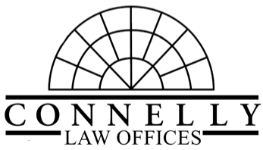 Employment jury verdict for $3 million against Pierce County Prosecuting Attorneys Office due to wrongful termination and public disparagement. Jury found actions of prosecutor in going to press and creating false impression that his former chief criminal deputy had stolen funds and was under investigation by Washington State Patrol to be defamatory and outrageous.

$22.4 million jury verdict for family of young mother killed by offender who was supposed to have been under supervision by Washington State Department of Corrections. Offender committed over 100 violations of the terms and conditions of his supervision without State holding him accountable. Finally killed mother of four young children.

Over $55 million in settlements for adolescent boys severely sexually and physically abused at Washington group home. Case involved changes in the way group home care is handled within the State of Washington and held State accountable for failure to properly supervise and regulate group home care.