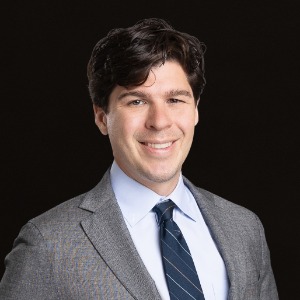 John R. Davis leads the firm’s class action and whistleblower practices, having spent most of his career either working for or litigating cases in the U.S. Federal Courts. He focuses on complex litigation, with a particular emphasis on consumer fraud, healthcare fraud, antitrust, environmental, and insurance matters. John seeks to hold corporations accountable for wrongful conduct.

John was named as a Super Lawyers® Texas Rising Star in the practice area of Class Action/Mass Torts (2018-2022). In 2018 and 2019, he was the only Austin-based lawyer to receive such recognition. John was also featured in New Orleans CityBusiness Magazine in “Law Firms: Ones to Watch” in 2014. John is licensed to practice law in Texas, California, Louisiana, and Alabama.

In addition to his other cases, John was appointed to the Plaintiffs’ Executive Committee in the Valsartan Products Liability Litigation, MDL No. 2875 (D.N.J.), a massive pharmaceutical personal injury and economic loss litigation involving the contamination of valsartan-containing blood pressure medications taken by millions of Americans each year.

John has also developed a niche boating injury and products liability practice. An avid sailor, John owns a 40-foot monohull sailboat that he keeps in his hometown of Annapolis, Maryland. John has incorporated this personal life passion into his practice by using that knowledge and experience to provide representation to victims of boating injuries, as well as to consumers who purchase defective boats and boating-related products.