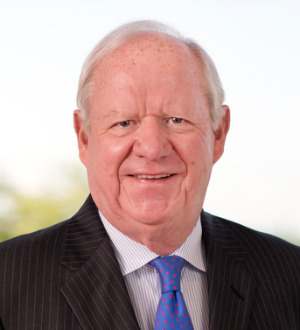 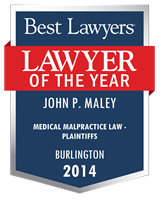 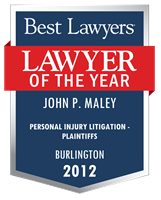 Vermont trial lawyer John Maley is a native of Burlington, Vermont and has been in private practice since 1968. He represents individuals and families of those injured or killed as a result of medical malpractice, defective products, motor vehicle and recreational accidents.

A recent substantial case that John resolved in favor of his client is a United States District Court case that he settled just prior to closing arguments, involving a personal injury motor vehicle accident claim, for $2,925,000.00.

John has extensive experience in the evaluation, preparation and resolution of medical malpractice claims against health care providers throughout the State of Vermont. His cases have included claims for brain injuries sustained by babies at or around the time of birth, failure to timely diagnose cancer, injuries during open and laparoscopic surgeries, failure to diagnose and treat infections and adverse reactions to medications.

John's personal injury practice involves representation of those injured or the families of those killed in automobile accidents, fires, work and farm related accidents involving defective products and machinery, and recreational activities such as skiing, snowmobiling and off-road vehicles.