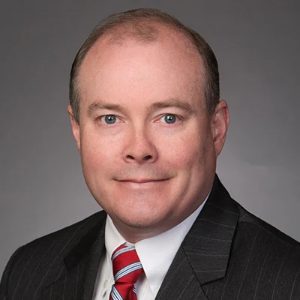 Navigate to map location for John O'Quinn Visit the website for John O'Quinn at https://www.kirkland.com/
Your comment has been submitted!
We have encountered an error and are unable to process your comment at this time. Please refresh the page and try again later.
Add Comment
In making your comments, please do not refer to a pending legal matter.
Share My Profile
Post on Social

John O’Quinn’s practice focuses on litigation, including intellectual property disputes, regulatory matters, commercial litigation, and other complex litigation matters at the trial and appellate levels. He has argued over eighty-five appeals in courts throughout the country, including fifty in the United States Court of Appeals for the Federal Circuit. He is recognized in Chambers, and for each of the past eight years he has been named in the IAM Patent 1000, particularly for his work in the Federal Circuit. Clients have described him as an “appellate high flier” who “is outstanding as both an oral advocate and brief writer.” His work was recognized by Managing Intellectual Property, which named Kirkland its Appellate Firm of the Year in 2019. He has also been recognized in the National Law Journal, The Legal 500, the Financial Times and in Law360, where he was named a “Rising Star” in appellate litigation. Representative clients include Abbott, BASF, Charter Communications, Eli Lilly, GSK, Honeywell, IBM, Motorola, Schlumburger, Teva Pharmaceuticals and ViiV Healthcare.

From 2006 to 2009, John served in the U.S. Department of Justice. As Deputy Associate Attorney General, he was responsible for helping to oversee much of the government’s civil litigation and reviewing proposed settlements of multi-million dollar civil cases brought by or against the government. As the Deputy Assistant Attorney General for the Federal Programs Branch of the Civil Division, John supervised more than 100 attorneys charged with defending the constitutionality of federal statutes and regulations, representing the diplomatic and national security interests of the United States in court, and conducting significant Title VII, personnel, social security, Medicare and Medicaid-related litigation. John worked with counsel from virtually every federal agency on complex civil litigation matters and personally directed significant cases defending the government’s interests, arguing more than 20 cases in federal court. In February of 2009, John was awarded the Office of the Secretary of Defense Medal for Exceptional Public Service for his leadership in defending the Department of Defense in lawsuits challenging the detention and trial of enemy combatants captured abroad by United States Armed Forces.

John was previously an associate with Kirkland from 2003 to 2006. While on leave from the Firm, he served as special counsel to the U.S. Senate Committee on the Judiciary for the nomination of Chief Justice Roberts. Prior to joining the Firm, John was a law clerk for Justice Antonin Scalia of the U.S. Supreme Court and Judge David Sentelle of the U.S. Court of Appeals for the D.C. Circuit.

While at Kirkland, John has also provided legal counseling and representation for individuals and organizations on a pro bono basis, including arguing a habeas petition on behalf of a defendant convicted of capital murder; submitting FOIA requests on behalf of a civil rights organization; challenging a state’s involuntary medication of competent patients on behalf of a disability rights organization; representing federal judges challenging Congress' failure to provide guaranteed COLAs as violating the Compensation Clause of the U.S. Constitution; and representing raisin farmers in their Supreme Court case challenging the federal government’s unconstitutional taking of a portion of their crops.