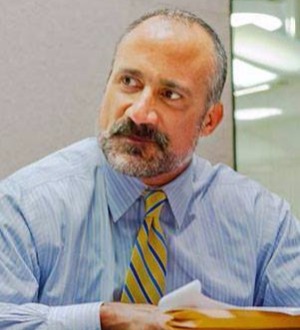 Mr. Quaranta is a trial lawyer for business people, focusing his trial practice on complex commercial litigation, including securities, insurance, and employment litigation. Since 2002, he has been rated AV Preeminent™ (Highest Competency and Ethics Rating from Martindale-Hubbell). He has been recognized by his peers as a member of the Florida Legal Elite™, Best Lawyers in America™ and SuperLawyers™ for commercial litigation. In 2017, Mr. Quaranta attained membership into The National Trial Lawyers: Top 100 Civil Plaintiff Trial Lawyers.

In Mr. Quaranta’s 28 years of practice, he has tried cases in federal and state courts throughout Florida, as well as before the NASD, FINRA, and American Arbitration Association. His clients have ranged from Fortune 500 companies and their officer and directors to small business owners. He has been general counsel to two U.S. defense contractors.

Mr. Quaranta received his undergraduate degree in Economics from Georgetown University (B.A., 1987). Mr. Quaranta is a four-year varsity letter winner at Georgetown where he played both football and baseball. Mr. Quaranta served as past Chairman to Florida Bar Grievance Committee 11-F. He is a resident of Coral Gables, Florida, where he lives with his wife and two teenage sons.

U.S. Court of Appeals for the Eleventh Circuit