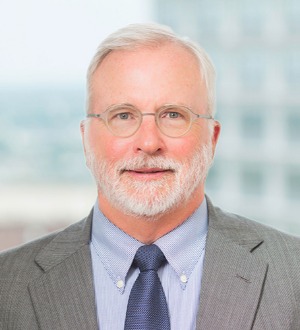 Stites & Harbison, PLLC
"John Tate is one of the best trial lawyers I have worked with."

John's first career was teaching high school and college students in history, English literature, and rhetoric. He later spent seven years in an environmental regulatory agency before going into private practice. A long-time supporter of the arts, John served for 12 years on the board of directors of Actors Theatre of Louisville. He was previously a member of the board of directors of the American Lung Association of Kentucky and served as board president in 1994-96. John also served as trustee of St. Francis School in Goshen and on the board of the Louisville Audubon Society. John served multiple terms as a director of the Louisville Bar Foundation, the philanthropic arm of the Louisville Bar Association, culminating in 2016 with service as the foundation's president.

"John Tate is one of the best trial lawyers I have worked with."

Contact John L. Tate
If you would like this lawyer to contact you directly in regards to a legal matter, please fill in the relative information below. The lawyer will then be sent your inquiry.
Your message was sent successfully!
Legal Disclaimer: Any information sent to Best Lawyers® or referred to a lawyer listed in Best Lawyers® via Internet e-mail or through the Best Lawyers® Web site is not secure and is done so on a non-confidential basis. Communication with Best Lawyers® or an Lawyer listed in Best Lawyers® via Internet e-mail through this site does not constitute or create a lawyer-client relationship. Best Lawyers® does not necessarily endorse, and is not responsible for, any third-party content that may be accessed through this website.
Add Comment
Your comment was saved successfully!
Thank you for your feedback.