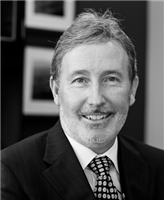 John is a founding partner of TGF and has a broad practice in complex commercial litigation with significant experience in insolvency and restructuring litigation. John has been lauded as an "excellent commercial litigator" and "a very credible, no-nonsense litigator who is extremely effective in court" in Chambers Global. John is consistently recognized as one of Canada’s top lawyers in the Lexpert/American Lawyer Guide to the Leading 500 Lawyers in Canada, as a leading lawyer for US/Canada Cross-border Litigation in Lexpert and is recommended in dispute resolution (Canada) by Chambers Global. The 2019 Canadian Legal Lexpert Directory lists John as a leading lawyer in three practice areas: Litigation – Corporate Commercial, Insolvency Litigation and in Financial Restructuring.

John was a founder of the Canadian Chapter and a director of Worldwide Orphans Foundation of Canada, a charity dedicated to improving the lives of orphans throughout the world.