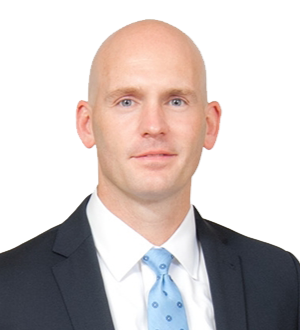 Partner and co-founder of Arrowood LLP, Jed DeWick is a litigator and trial lawyer who has successfully represented businesses and individuals in federal and state court, as well as before arbitration panels of the American Arbitration Association and the Financial Industry Regulatory Authority (FINRA). Jed’s broad range of experience in complex and high stakes civil litigation includes cases involving claims of breach of contract, breach of fiduciary duty, misappropriation of confidential information, unfair and deceptive trade practices, violations of the Massachusetts Wage Act, violations of non-compete provisions, wrongful termination, and disputes regarding executive and partnership compensation.

Jed is a graduate of Brown University and Boston College Law School. At Brown, he was a captain of the men’s lacrosse team and a two-time Division I All-American. Prior to co-founding Arrowood LLP, Jed was an associate at the Boston litigation firm of Todd & Weld.

Served as trial counsel and obtained a multimillion dollar arbitration award on behalf of a private equity partner against former partnership in a dispute over carried interest compensation and misappropriation of confidential information.

Served as lead trial counsel and obtained a defense jury verdict on behalf of an international cybersecurity firm against its former president and board member who was seeking more than $1 million in unpaid compensation.

Served as lead counsel on behalf of a publicly traded real estate development firm and obtained summary judgment in a $30 million dispute over a mixed-use development and associated environmental remediation.

Served as trial counsel and obtained a defense jury verdict on behalf of an international investment firm against a former portfolio manager who was seeking in excess of $13 million in damages for wrongful termination and discrimination.

Represented an international financial services firm and obtained summary judgment against a former investment analyst who was claiming more than one million dollars in unpaid compensation.

Served as lead trial counsel on behalf of an international software company in a case involving claims of breach of contract and violations of the Massachusetts Wage Act.

Obtained preliminary injunction on behalf of an investment firm prohibiting a resigning portfolio manager with more than $20 billion under management from joining a competitor.

Served as trial counsel and obtained a $1 million arbitration award on behalf of a publicly traded software consulting firm in a breach of contract claim against a former client.

Served as lead trial counsel and obtained a jury verdict and award of treble damages and attorneys’ fees on behalf of a real estate developer on claims of breach of contract, misrepresentation, and violations of Chapter 93A stemming from a real estate transaction.

Obtained summary judgment on behalf of the majority shareholders of a closely-held corporation against former minority shareholders who were seeking more than $30 million in damages for alleged breaches of fiduciary duties and “freeze-out.”

Served as trial counsel for a wealth management professional in an arbitration against his former employer involving claims and counter-claims of breach of contract, misrepresentation, wrongful termination, and violations of the Massachusetts Wage Act.

Represented the founder and former president of a publicly traded biotech company in connection with his departure from the company.

Represented an international engineering and construction firm in claims brought by former project manager for breach of contract, breach of the duty of good faith and fair dealing, and misrepresentation.