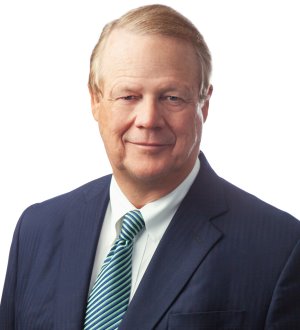 Beau Grenier is a partner in the Corporate Practice Group. He provides comprehensive legal and strategic counsel on M&A, capital raising, and other business transactions; securities matters; and corporate governance. Beau is a leading corporate and securities lawyer with more than 35 years of experience. For more than 17 years, he also served as the managing partner and board chairman for a diversified AmLaw 200 law firm, guiding the organization through a significant period of growth and transition. During his tenure as chairman, Beau led the firm from approximately 150 lawyers primarily in Alabama to more than 525 lawyers in nine cities in six states and the District of Columbia, elevating the firm ranking in the AmLaw 200 from 181 in 2007 to 110 in 2017. Beau draws on his extensive legal knowledge and firsthand leadership experience to help key executives and boards of directors identify and pursue strategic growth opportunities, negotiate major business and financial transactions, ensure compliance with federal and state securities and other regulations, and address a host of day-to-day operational issues. Beau has represented publicly traded corporations, privately held enterprises, and family-owned businesses in a broad range of multimillion-dollar transactions, including mergers, acquisitions, divestitures, and changes of ownership. He has advised issuers, underwriters, investors, and other parties in capital-raising initiatives, including debt and equity offerings, and project financings. He has also advised clients on corporate governance, ethics, and other board-level issues. Focused on getting the deal done, Beau organizes effective teams that deliver sophisticated legal counsel on time and on budget. Recognizing the quality of his legal skills and client service, leading publications and ratings agencies such as Chambers USA and The Best Lawyers in America© have routinely recognized Beau as a top corporate and securities lawyer. Beau has represented clients with operations and interests in many of the nation’s key industries, including banking and financial services, healthcare, housing, industrial operations, investments, manufacturing, private equity, technology, and venture capital. Among other high-profile transactions, Beau helped lead a $1 billion restructuring and leveraged recapitalization of a large manufacturing company; a $200 million merger of a health maintenance organization and a national healthcare provider; a hostile takeover that resulted in the $380 million negotiated acquisition of a regional drugstore chain; and an IPO of a family and ESOP owned manufacturing company. In addition to his corporate and securities work, Beau has helped businesses and state and local governments pursue economic development opportunities in the southeastern United States. For example, he served as one of the primary liaisons between one of the world’s top automobile manufacturers and government entities, external counsel, and other stakeholders, which resulted in a successfully negotiated project agreement that brought a $1 billion automotive plant to Montgomery, Alabama.
Read more on firm website

Contact John Beaulieu "Beau" Grenier
If you would like this lawyer to contact you directly in regards to a legal matter, please fill in the relative information below. The lawyer will then be sent your inquiry.
Your message was sent successfully!
Legal Disclaimer: Any information sent to Best Lawyers® or referred to a lawyer listed in Best Lawyers® via Internet e-mail or through the Best Lawyers® Web site is not secure and is done so on a non-confidential basis. Communication with Best Lawyers® or an Lawyer listed in Best Lawyers® via Internet e-mail through this site does not constitute or create a lawyer-client relationship. Best Lawyers® does not necessarily endorse, and is not responsible for, any third-party content that may be accessed through this website.
Add Comment
Your comment was saved successfully!
Thank you for your feedback.