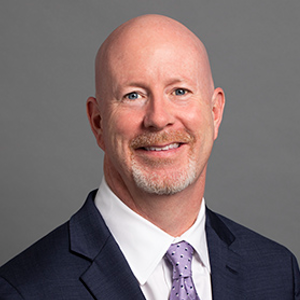 Navigate to map location for Joe Roden Visit the website for Joe Roden at http://www.rustyhardin.com/our-team/joe-roden/
Your comment has been submitted!
We have encountered an error and are unable to process your comment at this time. Please refresh the page and try again later.
Add Comment
In making your comments, please do not refer to a pending legal matter.
Share My Profile
Post on Social

Joe Roden grew up in Liberty, Texas and attended the University of Texas as an undergraduate, where he graduated in 1988. He then went into the U.S. Marine Corps. Joe attained the rank of 1st Lieutenant and was a decorated officer in the Marine Corps during Desert Storm, the first Gulf War. After leaving the Marine Corps, he graduated from the University of Houston Law Center with honors and then clerked for Justice Murry Cohen on the First Court of Appeals. After clerking for the Court of Appeals, he joined McGinnis, Lochridge and Kilgore, where he did primarily appellate work, an area of concentration he has continued while at Rusty Hardin & Associates.

Joe is considered an excellent appellate attorney by his peers and continues to consider that his primary vocation. He is the immediate past chair of the Houston Bar Association appellate practice section. He proudly refers to himself as an “appellate geek.” In reality, however, he is far more than a one-note artist. He has increasingly taken the lead in developing and managing complex personal injury and business litigation cases that started out with forlorn potential. Through his sheer determination and legal imagination, he has achieved incredibly favorable settlements in several of these thorny cases during the last few years. He has done a remarkable job conducting the discovery for these cases and preparing them for trial. Joe has also been a wonderful asset and resource in assisting the other attorneys in the office with instant high-quality legal research and writing on short notice for a wide variety of cases. Joe concentrates exclusively on civil cases.