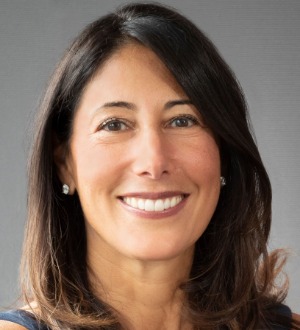 Prior to joining the firm, she practiced in the matrimonial department of Tenzer, Greenblatt LLP (currently Blank Rome, LLP) in New York City, practicing family law in both New York and Connecticut.

She is admitted to practice in the States of New York and Connecticut, as well as in the United States Supreme Court.

Attorney Blomberg has acted as a court-appointed attorney and Guardian Ad Litem for children in contested custody cases and has completed all mandatory requirements for the Guardian Ad Litem/Attorney for the Minor Child comprehensive Basic Training, as well as the AAML. She is also recognized as an AAML trained mediator.

Attorney Blomberg is a past President of the Connecticut Chapter of the Fordham University School of Law Alumni Association. She currently serves on the Board of Directors for Fordham Law Alumni Association as of 2021. Since 2004, she sits on the Steering Committee and is actively involved with Casa Verde, Home of Hope, in Medellin, Colombia. Attorney Blomberg currently sits in Rockrimmon Country Club's Board of Governors.

Attorney Blomberg was named as a Rising Star Super Lawyers Magazine (New England) in 2008 through 2012 and named A Super Lawyer in 2013 through 2020 in several top categories including Top 25 Women Connecticut Super Lawyers and Top 100 New England Super Lawyers. She received the highest rating of 10 (“Superb”) from AVVO.