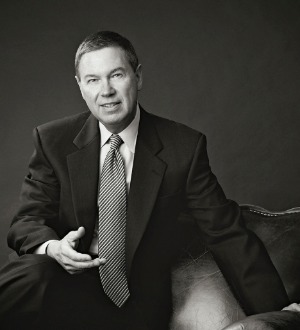 Trial lawyer Jersey Green has practiced in Colorado for more than three and a half decades and is also admitted to practice in Wyoming. He holds the distinction of being the first Colorado attorney to be board certified as a Family Law Trial Advocate by the National Board of Trial Advocacy, an organization accredited by the American Bar Association.* He is a member of the Order of the Barristers, listed in Who's Who in American Law, Who's Who in America, and Who's Who in the West. He is a recipient of the 2017 Albert Nelson Marquis Lifetime Achievement Award for career longevity and demonstrated unwavering excellence in the field of law. He is the recipient of the Martindale-Hubbell Client Champion Platinum award based on client satisfaction concerning his services. His practice involves the representation of business owners in divorce and business-related litigation.

Mr. Green earned his Bachelor of Arts degree in criminology from the University of Maryland and his law degree from Syracuse University. Mr. Green was selected by the faculty of the Syracuse University, College of Law, to serve as a member of the school's national trial team and was trained specifically to be a trial lawyer. He competed in mock trial competitions at both the regional and national level. Among his achievements, he was awarded the New York State Bar Association Best Trial Advocate Award (1983), New York State Bar Association Tiffany Cup Award for Superior Achievement in Advocacy (1982), National Mock Trial Championship Second Place (1982), the National Mock Trial Champion Quarter-Finalist (1983), the Lewis F. Powell, Jr. Medal for Excellence in Advocacy (1982 and 1983), the Syracuse Defense Group Scholarship Award (1983), and the Moot Court Team Award for Outstanding Contribution (1983).

A former detective, Mr. Green is detailed, intuitive, and artful in his case preparation and trial presentation. He began his career as a lawyer involved in complex litigation matters in cases concerning white collar criminal defense, securities fraud, medical malpractice, product liability, business litigation, and personal injury. His case portfolio often includes cases involving construction, real estate, trusts and estates, and other complex matters. Because of the nature of the firm's clientele, Mr. Green also handles a substantial number of employment related cases and has a special interest in employment discrimination, trade secrets, and covenants not to compete.

Mr. Green holds an "AV" rating from Martindale-Hubbell Law Directory, which is based on the publisher's confidential surveys of attorneys and judges practicing in the Denver metropolitan area. An "AV" rating is the highest rating conferred by the publisher. Mr. Green is a multiple recipient of the Martindale-Hubbell Client Distinction Award based on positive client feedback in recognition of his excellence in quality of service, overall value, responsiveness, and communication ability. More than 900,000 attorneys are listed on martindale.com and lawyers.com, but less than one percent have been accorded this honor of distinction. In 2015, 2016, 2017, and 2018, Mr. Green was also selected by the American Institute of Family Law Attorneys for its "10 Best" list based on client satisfaction.

*Colorado does not certify attorneys in any field of specialty.