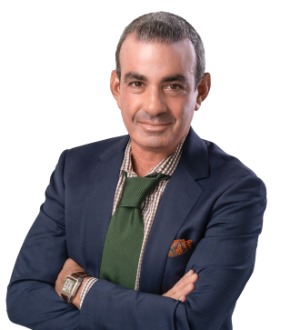 Jeff Tenenbaum is one of the nation’s leading nonprofit attorneys, and also is an accomplished author, lecturer, and commentator on nonprofit legal matters. As Managing Partner of the nationally recognized Washington, DC-based Tenenbaum Law Group PLLC, Jeff and his colleagues counsel their clients on the broad array of legal issues affecting charities, trade and professional associations, foundations, international NGOs, arts and cultural institutions, think tanks, and other nonprofit organizations, and regularly represents clients before Congress, federal and state regulatory agencies, and in connection with governmental and internal investigations, enforcement actions, litigation, and in dealing with the media.

Jeff is frequently called upon by major media outlets – in television, radio, print, online, and elsewhere – to provide commentary on news stories involving nonprofit legal issues and developments, and has served as an expert witness in several court cases on nonprofit legal matters. For 19 years, he practiced law at Venable LLP in Washington, DC; he was a partner and chaired its nonprofit practice for most of that time, served on the firm’s Board of Directors for many years, and co-chaired the firm’s management review process in 2016. Jeff started his career in the nonprofit community by serving as Legal Section manager at the American Society of Association Executives, following several years working on Capitol Hill as a legislative assistant.

Jeff was the 2006 recipient of the American Bar Association’s Outstanding Nonprofit Lawyer of the Year Award, and was an inaugural (2004) recipient of the Washington Business Journal’s Top Washington Lawyers Award. He was one of only a handful of “Leading Lawyers” in the prestigious U.S. Legal 500 Not-for-Profit rankings from 2012-18 and is one of only six lawyers in the U.S. Legal 500 Not-for-Profit “Hall of Fame.” He is listed in the 2012-22 editions of The Best Lawyers in America® for Non-Profit/Charities Law, and was selected for inclusion in the 2014-21 editions of Washington, DC Super Lawyers in the Nonprofit Organizations category. He was the 2015 recipient of the New York Society of Association Executives’ Outstanding Associate Member Award, the 2004 recipient of The Center for Association Leadership’s Chairman’s Award, and the 1997 recipient of the Greater Washington Society of Association Executives’ Chairman’s Award. He was recognized in 2013 as a Top Rated Lawyer in Tax Law by The American Lawyer and Corporate Counsel, and, in 2011, was named as one of Washington, DC’s “Legal Elite” by SmartCEO. He has been listed in the annual editions of Who’s Who in American Law and Who’s Who in America since 2005, was a 2008-09 Fellow of the Bar Association of the District of Columbia, and is AV® Peer-Review Rated by Martindale-Hubbell, the highest rating possible.

Jeff is the author of the book, Association Tax Compliance Guide, now in its second edition, published by the American Society of Association Executives. He also is a contributor to numerous ASAE books, including Professional Practices in Association Management, Association Law Compendium, The Power of Partnership, Essentials of the Profession Learning System, Generating and Managing Non-Dues Revenue in Associations, and several Information Background Kits. In addition, he is a contributor to Exposed: A Legal Field Guide for Nonprofit Executives, published by the Nonprofit Risk Management Center. He is a frequent author on nonprofit legal topics, having written or co-written more than 1,000 articles. 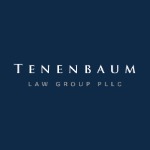 "Our contact at Venable is Jeffrey S. Tenenbaum, the partner who leads the practice area. Jeff is amazingly responsive, deeply knowledgeable, and has the full resources of the firm at his disposal to dig into any issue that requires research or investigation. In addition, he is a consummate professional who can see humor in the absurd, a much appreciated quality."

"Jeff Tenenbaum is the consummate legal advisor. He has a tremendous capacity for the demands we sometimes place on him and Venable and always provides valuable assistance on the issues we address in healthcare and beyond. He is available, open, and pleasant to engage and works well with our staff."

"Jeff Tenenbaum is an outstanding attorney! It can be a challenge at times working with boards of trade associations and the membership. A lot of personalities come into play. I have noticed Jeff will adopt his presentation to the audience he is speaking with and will offer solutions our membership groups will feel comfortable with. My board has been impressed with the work Jeff and his team have done for our association."