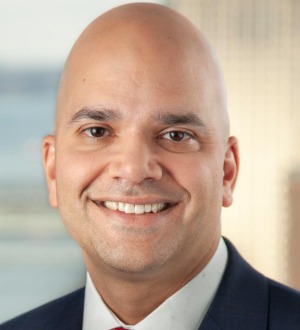 Jay R. Nanavati is an accomplished litigator, a former federal tax prosecutor, and a founding partner of Kostelanetz LLP's Washington, D.C., office. He has developed an enviable record of success in persuading the government to terminate investigations of his clients and in defeating the government in court.

Mr. Nanavati maintains a nationwide practice, focusing on white-collar criminal defense with an emphasis on tax-related matters. He represents individuals and entities facing investigations and prosecutions by the IRS, the FBI, state investigative agencies, U.S. Attorney’s offices, and the Department of Justice Tax Division. His clients rely on his ability to analyze cases from the government’s perspective and trust his sound judgment to guide them through their most difficult challenges.

Mr. Nanavati spent more than a decade as both a federal and a state prosecutor. He supervised more than 30 federal tax prosecutors and oversaw criminal tax enforcement for a region covering 22 states. He is a veteran trial lawyer, having conducted dozens of jury trials and hundreds of bench trials.

From 2013 to 2016, Mr. Nanavati assisted the White House Office of Presidential Personnel in a pro bono capacity by vetting potential presidential appointees for possible tax-related problems.

Law Clerk for Chief Judge Hector M. Laffitte of the U.S. District Court for the District of Puerto Rico 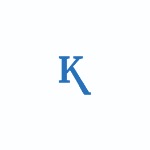 Represented Paul J. Manafort in prosecution by the U.S. Office of the Special Counsel in United States v. Paul J. Manafort, on charges involving allegations of the use of offshore bank accounts to commit tax fraud.

Achieved a rare acquittal for a business owner in a federal tax fraud conspiracy jury trial after four weeks of government evidence and 117 government witnesses. The government was represented by a team of three attorneys from the U.S. Attorney’s Office and the Department of Justice Tax Division.

Dismissal prior to trial of 53 counts of federal mail fraud, money laundering, conspiracy, and criminal forfeiture

Obtained dismissal before trial of all 53 counts of federal mail fraud, money laundering, conspiracy, and criminal forfeiture, in a case that the FBI, IRS-CI, and the U.S. Attorney’s office had spent five years investigating and prosecuting.

Persuaded IRS-CI to terminate an investigation of the owner of a tax return preparation business for allegedly preparing false tax returns.

Persuaded a U.S. Attorney’s office to terminate an investigation of a business owner who failed to report large amounts of income. During the subsequent IRS audit of the client, persuaded the IRS to drop civil fraud penalties.

Avoided criminal prosecution and substantial civil tax penalties for a U.S. expatriate residing in Europe. The IRS’s audit related to the client’s use of a Panama foundation, a Seychelles international business company, and a Cyprus bank account.

Persuaded a U.S. Attorney’s office to cease a grand jury investigation of a client whose name was one of the first that UBS turned over to the Department of Justice in 2009 pursuant to its landmark deferred prosecution agreement. During the subsequent IRS audit of the client, persuaded the IRS not to pursue substantial “FBAR” and fraud penalties.

Represented a businessman facing a federal grand jury investigation for the felonies of tax evasion and structuring cash transactions. Persuaded the U.S. Attorney’s office to abandon the felony charges and bring only a single charge of misdemeanor failure to file a tax return.

Represented the owner of a healthcare company

Represented the owner of a healthcare company who was indicted by state authorities for multiple felonies arising from an alleged failure to pay employment taxes. Negotiated the reduction of felony charges to misdemeanor charges.

Represented a CPA who was suspected of structuring currency transactions

Persuaded a U.S. Attorney’s office not to indict a client, a CPA who was suspected of structuring currency transactions to evade the requirement to file with the IRS Form 8300, Report of Cash Payments Over $10,000 Received in a Trade or Business.