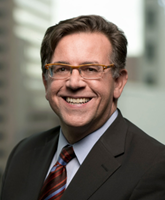 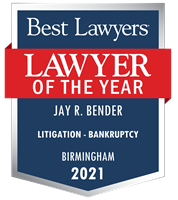 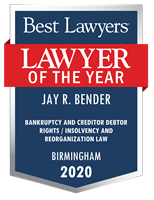 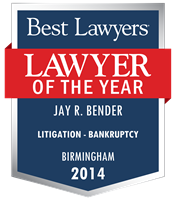 Jay represents debtors, banks, secured creditors, indenture trustees, and purchasers of distressed assets in complex chapter 11 and chapter 9 bankruptcy cases and in out-of-court workouts, reorganizations, restructurings, and liquidations. Jay also has extensive experience in state and federal court receivership actions, both in representing creditors seeking the appointment of a receiver for their collateral and in representing the court-appointed receivers.

Jay has served as lead bankruptcy counsel in numerous chapter 11 and chapter 9 bankruptcy cases. He recently represented Dixie Pellets, Inc., a biofuel manufacturer and exporter, in its chapter 11 case, in which he obtained confirmation of Dixie's chapter 11 plan. He also recently represented Moore-Handley, Inc., one of the country’s largest wholesale hardware distributors, in its chapter 11 case, in which he successfully obtained approval of the sale of Moore-Handley’s business over the objection of the company’s union and unsecured creditor's committee. He has represented debtors in many other bankruptcy cases, including the chapter 11 cases of J.A. Jones, Inc., one of the largest construction companies in the country, and over 40 of its subsidiaries. Jay also has served a lead bankruptcy counsel for The West Jefferson Amusement and Public Park Authority, the former owner of the Visionland Amusement Park in Birmingham, in the largest chapter 9 bankruptcy case ever in the State of Alabama.

Jay is the immediate past President and a founding Board Member of the Alabama Chapter of the Turnaround Management Association. He is listed in The Best Lawyers in America, Chamber USA, and Alabama Super Lawyers for bankruptcy law, and is a member of the American Bankruptcy Institute.

260 The Best Lawyers in America® awards