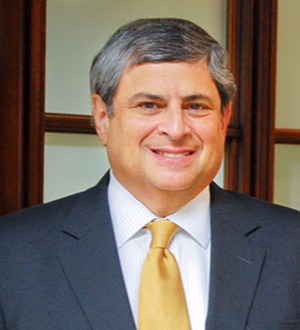 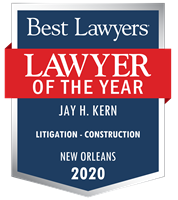 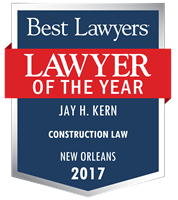 Mr. Kern received his undergraduate degree from Washington and Lee University in 1973, and his Juris Doctor degree from Tulane Law School in 1976. Prior to entering private practice in 1979, Mr. Kern was a Staff Attorney, and subsequently an Assistant Attorney General with the Louisiana Department of Justice, where he served primarily in the Construction Litigation Section of the Civil Division, representing the State and other governmental entities as owner on public works construction projects.

Mr. Kern is a member of the Louisiana State and American Bar Association, the Tort and Insurance Practice, Litigation and Public Contracts Sections of the American Bar Association and serves in the Forum Committee and the Construction Industry. He has served as Vice-Chair of the Fidelity and Surety Committee of the Tort and Insurance Practice Section of the American Bar Association and has also served as Vice-Chair of the Alternative Dispute Resolution Committee. He is a graduate if the National Institute for Trial Advocacy, and serves on the Construction Panel of Arbitrators of the American Arbitration Association. He lectured for the National Bond Claims Association on the topic of Force Majeure, and Engineering News Record Seminal in 1989 and 1992 on the topics of “Proving Claims for Inefficiency” and “Presentation of Proof of Damages” and for the Cambridge Institute in 1992 on construction contracts and claims.