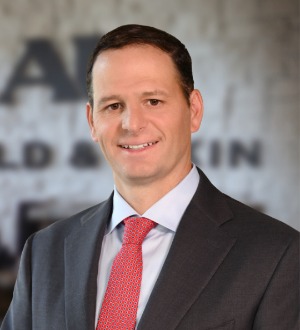 Jason is one of the nation's top trial lawyers for one reason: when he represents a client, he's all in. No matter how tough the fight. No matter how big the challenge. When it matters most, he's there for people who have been wronged. He takes every case personally, treating each client like family while he fights to rebuild their lives.

When people need to win, they call Jason.

He's won several verdicts and settlements worth more than $100 million, dozens of results worth more than $10 million, and more than 200 results worth $1 million or more. In total, he's secured billions for his clients with victories in all 50 states. In a testament to his effectiveness in court, Jason has been asked to work on the nation's toughest cases by over 200 firms and attorneys.

Jason is a Houston personal injury lawyer who has been asked to work some of the country’s most notable cases, including those involving trucking accidents, offshore accidents, plant accidents, motorcycle accidents, work accidents, drug injuries, and more. He's won historic victories for injured children against major pharmaceutical companies, verdicts that have set a precedent for future pharmaceutical cases. Jason represented families who lost their husbands and fathers to the sinking of the El Fargo cargo ship. After the Deepwater Horizon explosion, Jason was the top representative of those injured in the blast.

In all, Jason has helped tens of thousands of people get the results they deserve.

Jason also regularly receives the legal profession's highest honors. He has been recognized by multiple prestigious publications for many years running, including the Best Lawyers in America®, Super Lawyers®, Top 40 Under 40, and others. At the top of these honors, Jason regards his inclusion as a member of the Inner Circle of Advocates as his highest achievement. The Inner Circle is a list of the leading lawyers in the nation, as membership extends to only 100 trial attorneys in the U.S. Jason was selected before the age of 40, crowning him the youngest member of this elite organization.

Jason is married to Kisha Itkin, President and Owner of Theorem Vineyards. Together, with their children, the Itkins are active members and proud supporters of the Houston community. They support many causes individually and through the Arnold & Itkin Foundation. 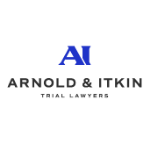