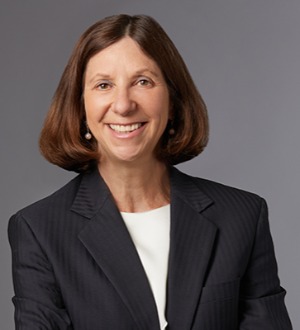 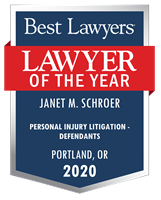 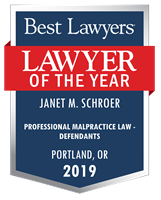 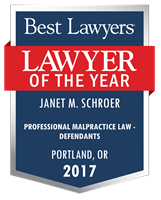 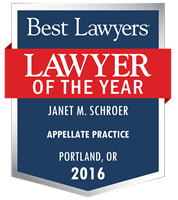 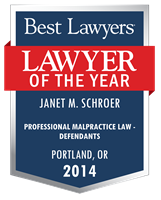 Janet Schroer is a partner at Portland, Oregon-based Hart Wagner LLP. Her practice emphasizes civil litigation, including tort, contract, medical and professional malpractice, business and constitutional law, in both the trial and appellate courts, as well as professional licensing matters.

Janet frequently serves the firm’s clients in the Oregon Court of Appeals, Oregon Supreme Court, and Ninth Circuit Court of Appeals. She also represents her clients' business, professional and personal interests before various trial courts and licensing agencies. Her practice requires that she often work closely with the client’s general counsel or trial lawyer on appellate matters, and so she has developed strong and long-lasting relationships with other lawyers.

- Co-author: Appeal and Review: Beyond the Basics 2014 edition, chapter on Effective Written Advocacy

- Planner for and Speaker at Medical Malpractice Loss Prevention Seminars, 1993-2010 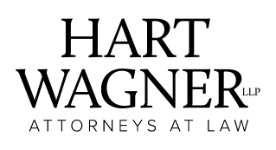 "Janet Schroer is the best appellate defense lawyer in the Western United States. She is very experienced, confident, and articulate in her positions."