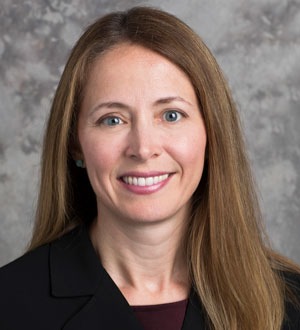 AZA partner Jane Langdell Robinson’s practice emphasizes appeals and high-stakes motions. Ms. Robinson has handled a wide variety of civil appellate matters, including mandamus proceedings, interlocutory appeals, and appeals of final judgments up to the Texas and United States Supreme Courts. Ms. Robinson frequently becomes involved in complex civil matters at the earliest stages to assist with the most challenging issues of legal analysis and strategy as well as error preservation, trial consulting, and the briefing and argument of significant motions.

Ms. Robinson is board certified in civil appellate law by the Texas Board of Legal Specialization (a distinction held by less than one percent of licensed lawyers in Texas). She has argued appeals before the Texas Supreme Court, the First and Fourteenth Courts of Appeals in Houston, and the Fifth Circuit Court of Appeals. Ms. Robinson has also prepared several briefs on behalf of amici curiae in both state and federal court. Since 2018, she has been the co-author of O’Connor’s Texas Rules * Civil Trials, the premiere civil trial rules guide for Texas lawyers and judges.

In addition, Ms. Robinson has extensive litigation experience in state and federal courts, including complex contract and commercial disputes, trademarks, and copyright. Before joining AZA in 2007, Ms. Robinson worked at Baker Botts in Houston, Sheppard Mullin in Los Angeles, and Smith Anderson in Raleigh, North Carolina.

Some of Ms. Robinson’s representations include: § * Won appeal for officer of business who had been held personally liable on a corporate debt under a Tax Code provision. § * Successfully opposed petition for writ of mandamus in Federal Circuit seeking to reverse district court’s denial of motion to transfer venue; § * Led briefing and argument of successful judgment as a matter of law on trademark infringement claim against our client after eight-day federal jury trial. § * Successfully obtained summary judgment in copyright and trademark infringement lawsuit on behalf of outdoors magazine. § * Won appeal and obtained attorneys’ fees award on behalf of whistle-blower client before federal Administrative Review Board. § * Argued and briefed critical aspects of successful motion for summary judgment in complex Uniform Commercial Code Article 2 case in Delaware bankruptcy court. § * Obtained dismissal for failure to state a claim of multiple counts in favor of client in trademark lawsuit brought in Southern District of New York. § * Represented the American Automobile Association (AAA) in multiple trademark actions against infringers. § * Successfully obtained dismissal of federal discrimination lawsuit on behalf of three Fortune-500 companies based in Houston. § * Represented major telecommunications equipment company in briefing and arguing monopolization claim against a competitor in arbitration resulting in favorable award for client. § * Briefed and obtained temporary restraining order and preliminary injunction in bet-the-company case for major provider of healthcare analytics threatened with loss of critical data source.

Ms. Robinson is board certified in civil appellate law by the Texas Board of Legal Specialization (a distinction held by less than one percent of licensed lawyers in Texas).

She is the co-author of O’Connor’s Texas Rules * Civil Trials 2018, the premiere civil trial rules guide for Texas lawyers and judges.