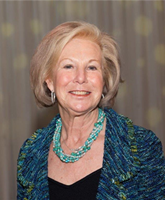 Jane is the author of Chapter 50, "Tax Court Jurisdiction, Procedure & Practice," included in the tax treatise Mertens, Law of Federal Taxation, as well as two annually updated treatises on "Tax Court Practice" and "Court of Federal Claims Practice," included in the West's Federal Forms series published by The West Group. She was one of three members of the private bar appointed by the Chief Judge of the United States Tax Court to a nine-member committee which drafted statutory provisions ultimately included in the Technical Corrections Act of 1988. Other members of the Committee were three judges of the United States Tax Court, the Chief Counsel, Internal Revenue Service and the Assistant Attorney General of the Tax Division, U. S. Department of Justice.