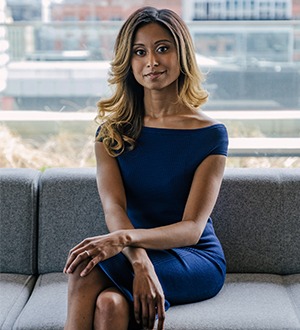 Janani is also a skilled trial lawyer. She was co-counsel on two successful homicide trials, including a first-degree murder trial that involved her client ‘confessing’ to the police at the end of a Mr. Big operation. She has represented clients charged with all kinds of offences and has won acquittals in complex cases involving drugs, sexual assaults and bodily harm.

In addition to criminal law, Janani also does regulatory work, defending professionals subject to investigations and disciplinary proceedings. She has defended lawyers before the Law Society of Ontario on interlocutory suspensions, good character hearings, and discipline proceedings. Janani also acts for health professionals regulated under the Regulated Health Professions Act.

Outside of the courtroom, Janani teaches other lawyers, law students, and undergraduates. She lectures at legal education programs on trial and appellate advocacy. She is an adjunct professor at Osgoode Hall Law School and has taught in the undergraduate Criminology program at the University of Toronto. She is also on the board of the South Asian Bar Association and is volunteer duty counsel with the Law Society of Ontario and with the Probono Inmate Appeal Program at the Ontario Court of Appeal.