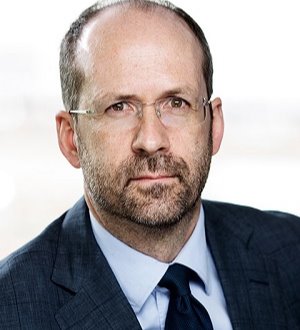 Navigate to map location for Jan Fougner Visit the website for Jan Fougner at http://www.wiersholm.no/people/CV?initials=jf
Your comment has been submitted!
We have encountered an error and are unable to process your comment at this time. Please refresh the page and try again later.
Add Comment
In making your comments, please do not refer to a pending legal matter.
Share My Profile
Post on Social

Jan Fougner specializes in litigation and employment law and has extensive experience from a number of high-profile cases involving legal, political and reputational risks. He has litigated about 20 cases in the Supreme Court. Besides working Jan Fougner with contract law, petroleum law, administrative law, environmental law and torts. He is Adjunct Professor of Labour Law at BI and author of several textbooks. He lectures regularly and has extensive experience in public and private boards, councils and committees. He has also led several major investigations.

Jan Fougner has extensive experience in leadership and change processes where collective labor law framework and recovery of employer's managerial prerogative is central. He is also leading in Norway on compliance, anti-corruption, corporate penalties, conflict and crisis and subsequent remediation processes under both Norwegian and international laws, including the Foreign Corrupt Practices Act.

Fougnerbakken won support in the Supreme Court that lawyers' investigation work, the clear rule, is subject to confidentiality and thus exempt from the obligation to submit on an equal footing with other legal work.

Fougnerbakken was the key external advisor in restructuring the significant Norwegian production business.

Fougnerbakken was the key external advisor on several changes of management in large Norwegian companies.

34 The Best Lawyers in Norway™ awards