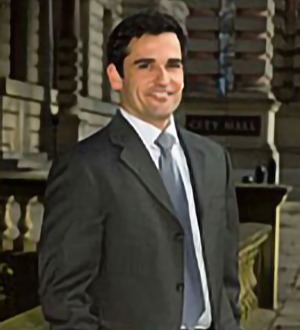 Navigate to map location for James McCurdy Visit the website for James McCurdy at https://www.lindsayhart.com/james-mccurdy
Your comment has been submitted!
We have encountered an error and are unable to process your comment at this time. Please refresh the page and try again later.
Add Comment
In making your comments, please do not refer to a pending legal matter.
Share My Profile
Post on Social

As Lindsay Hart’s managing partner James oversees the management and development of the firm. His practice focuses on general civil litigation in Oregon and Washington. He has built a national reputation for providing exceptional representation in a wide range of litigation practice areas and industries.

In his professional liability work, James has achieved positive results through his vigorous advocacy for professionals in malpractice suits. In the maritime arena he works with a number of maritime employers in defending claims under the general maritime law and the Longshore and Harbor Workers’ Compensation Act. He also provides legal advice to business on contractual issues, oversight and internal governance.

After earning his undergraduate degree, James traveled to India to work in Calcutta. When he returned, he taught kindergarten in Los Angeles before earning his law degree from the University of Oregon, where he was a member of the law review and a Wayne Morse Fellow. After law school, he was a clerk at the Oregon Court of Appeals for the Honorable Virginia L. Linder. He is a member of the Oregon State Bar, the Washington State Bar, the Alaska State Bar and is admitted to practice in the U.S. District Court for the District of Oregon, the Western District of Washington and the Ninth Circuit.

Through his professional achievements James has been selected by his peers to appear on the Oregon Super Lawyer list from 2018 through 2020 and as a Rising Star from 2012 to 2014.