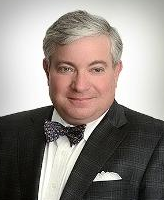 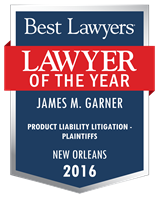 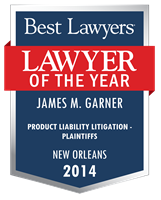 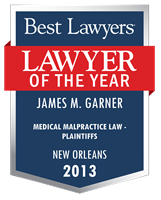 Mr. Garner, a Member of the firm is a trial lawyer specializing in commercial and complex litigation. He has been lead counsel in cases in New Mexico, California, West Virginia, Kansas, Arizona, Indiana, Arkansas, Mississippi, Louisiana and Texas, involving complex and class action litigation ranging from asbestos exposure, benzene exposure, mass closings of big box retailers, noise pollution, commercial, banking, bankruptcy and financial litigation. He is admitted to practice before the federal courts in Arkansas and all courts in Texas and Louisiana. He serves as regional counsel for several companies.

Mr. Garner is very active in the oil and gas field, being a chemical engineer and former drilling engineer. He represents a number of companies as claimants in the BP Macondo Litigation. Mr. Garner is also lead counsel for Texas Brine Company in defending and prosecuting its claims in the Bayou Corne sinkhole litigation.

Mr. Garner has extensive appellate argument experience by regularly arguing before the U.S. Fifth Circuit Court of Appeals in New Orleans, the Louisiana Courts of Appeal and the Louisiana Supreme Court. He was unanimously appointed by the Tulane Faculty to Adjunct Lecturer in Law for the Fall 2014 Semester, teaching Advanced Appellate Advocacy at Tulane University School of Law.