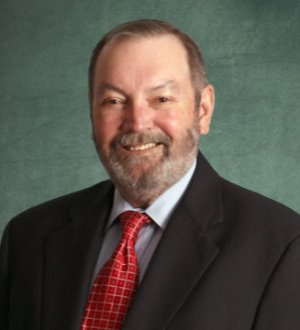 Mr. Walsh is the Chair of Bodman's Appellate Law Practice Group and has broad litigation experience at both the trial and appellate levels. Representing both plaintiffs and defendants, Mr. Walsh has obtained successful jury verdicts in numerous cases. He has argued more than 100 appeals in both state and federal appellate courts.

Mr. Walsh served as lead litigation attorney for the Michigan Insurance Commissioner in the rehabilitation of the United States branch of Confederation Life Insurance Company (CLIC), a Canadian insurer. The rehabilitation of the U.S. branch of Confederation Life, which had liabilities of $6 billion, was the largest insolvency proceeding and most successful of any foreign insurer ever handled by a United States court. Despite an initial deficiency of over $1 billion, all policy holders of Confederation Life were paid in full. In addition to representing the Commissioner in the rehabilitation plan confirmation hearing, pursuing claims on behalf of CLIC’s U.S. branch and defending claims against the estate, Mr. Walsh obtained an injunction prohibiting policyholder suits against CLIC’s auditors, officers and others, to preserve those claims for the estate. Mr. Walsh also argued the appeal that upheld the injunction, Comm'r of Ins. v. Albino, 225 Mich. App. 547; 572 N.W.2d 21 (1997).

In addition to his work on Confederation Life, Mr. Walsh has more than 35 years of experience with complex litigation. He has represented Blue Cross and Blue Shield of Michigan, Comerica Bank, and other major financial institutions in class action cases. Mr. Walsh has represented the largest outdoor advertising companies within the State of Michigan for many years and also serves as general counsel to the Michigan Outdoor Advertising Association.

Mr. Walsh is AV® Peer Review Rated by Martindale-Hubbell. Before joining Bodman, he was a law clerk for two judges on the Michigan Court of Appeals.

66 The Best Lawyers in America® awards

25 Best Lawyers: Ones to Watch in America awards