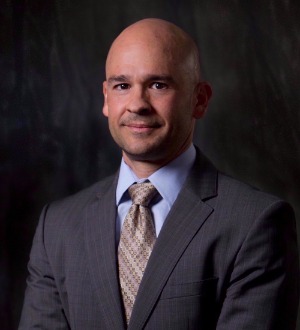 Jim Prichard is Ball Janik LLP's Managing Partner and maintains a broad practice in all aspects of construction law. He is a leader in the firm’s growing regional and national practice, prosecuting and defending design and construction defect claims. As plaintiff’s counsel, he has been instrumental in achieving some of the largest settlements in Oregon. He represents a wide range of clients in the Western states and Florida, including owners of single family residences, townhomes, condominiums, hotels, commercial buildings, manufacturing facilities, schools, and other public buildings.

Mr. Prichard’s practice extends to cases in the areas of public contract law, insurance recovery, construction cost overruns, bankruptcy, and real estate. He represents owners, design professionals, contractors, and material suppliers in mediations, arbitrations, trials, and appeals, and is often called on to help resolve time-sensitive disputes that arise during the course of construction projects.

Before joining Ball Janik LLP, Mr. Prichard practiced at a prominent construction law boutique where he represented an international design-build contractor in a multi-million dollar cost overrun dispute arising from the construction of a semiconductor facility in Clark County, Washington.

From 2001 through 2003, Mr. Prichard was the lead attorney in prosecuting approximately 400 avoidance and recovery claims on behalf of the liquidating agent in a Chapter 11 bankruptcy case titled In re Great Western Chemical Company. Mr. Prichard supervised the bankruptcy estate’s recovery of more than $5.8 million in value, which resulted in a dividend to unsecured creditors that far exceeded the liquidating agent’s early projections.

Before law school, Mr. Prichard held a graduate fellowship at the Workshop in Political Theory and Policy Analysis, an interdisciplinary program at Indiana University combining research in law, political science, economics, public affairs, and anthropology. During law school, Mr. Prichard was a Lane County Circuit Court mediator and was a co-founder of the alternative dispute resolution student group.

Mr. Prichard has authored numerous articles on construction and surety law, and is a frequent speaker at continuing education seminars, organization meetings, and professional conferences.

Currently, Mr. Prichard serves on the Legal Committee and Associates Council of Associated General Contractors, and is active in Community Association Institute (CAI) state chapters where he practices. He is also a member of the American Bar Association’s Forum on the Construction Industry, and the Surety and Fidelity Law Committee of the ABA’s Tort and Insurance Practice Section. 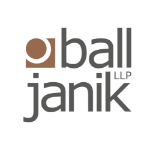 We represented Westlake Gresham Station, LLC, the owner of the Gresham Shopping Center, in prosecuting construction defect, negligent development, and design claims arising from the development, design, and construction of the Shopping Center. The lawsuit was highly complex, involving over 40 parties (including the developer, general contractors, design professionals, and multiple subcontractors), intricate factual and legal issues, and divergent expert opinion by the numerous experts involved in the litigation. We recovered approximately $14 million in damages for our client.

We represented a chain of various hotels in Oregon, prosecuting complex construction defect and insurance coverage claims. The hotels had an aggregate of over $10 million in damages. Ball Janik filed multiple, separate suits in state court in Oregon, seeking recovery from the primarily responsible parties and their insurers. We ultimately recovered millions of dollars for our clients through separately negotiated settlements.

Ball Janik LLP provides comprehensive general counsel services to community associations in Oregon and Southwest Washington. The firm regularly works with community association clients on all aspects of governance and compliance, including interpretation of rights and obligations under governing documents, amendments to governing documents, development and enforcement of rules and regulations, assessments and collections, risk management and insurance, operating budgets and reserves, vendor contracts, and resolution of disputes with third parties.
Drawing on its experience in real estate, land use, construction law, insurance coverage, and environmental law, the firm is also well known for assisting community associations in litigation matters. For example, Ball Janik has successfully represented community associations in eminent domain (“takings”) proceedings against local governments, in shareholder derivative actions against developers, in easement and boundary disputes, and in claims against property and casualty insurers.