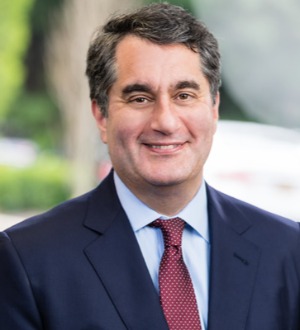 James B. Baydar, Esq. is a Partner at the law firm of Pegalis Law Group, LLC. He has 30 years of medical malpractice litigation experience including obstetrical, birth trauma, surgical, neurological, cancer and orthopedic cases. He has represented clients in all phases of litigation, from pre-trial through post-trial proceedings. Mr. Baydar’s work and representation of clients has resulted in millions of dollars of recovery in settlements and verdicts. He advocates for clients through complex and contentious court proceedings in the years following successful resolution of their cases. Jim provides legal counsel on preserving and best utilizing clients’ awards and settlement funds to pay for their lifetime care.

Mr. Baydar has been named to the highly regarded list Best Lawyers in America©, to which only five percent of practicing attorneys in the U.S. are recognized. He has also been named to the competitive New York Metro Super Lawyers® list for three years. No more than five percent of attorneys in New York are recognized by Super Lawyers®. He was an awardee of the “Kings of Long Island” event by Schneps Community News Group, where he received the “Dynamic Duo” award, alongside Pegalis Law Group Partner, Sanford Nagrotsky, Esq. He has been profiled as a prominent medical malpractice lawyer in the Long Island Business News, in their “Who’s Who” publication. He was also honored with the “Leadership in Law Award” from the Long Island Business News for his outstanding achievements in the law profession and the community. He serves on the Board of Directors of the “WE CARE Fund” of the Nassau County Bar Association, which has granted funding to over 100 charitable organizations on Long Island, NY. Additionally, Mr. Baydar is an active member of his community and has served as a Trustee for the Village of Plandome Manor, NY since 2014. He formerly served on the Board of Zoning Appeals (2007-2014) and Planning Board (2005-2007) for the Village.