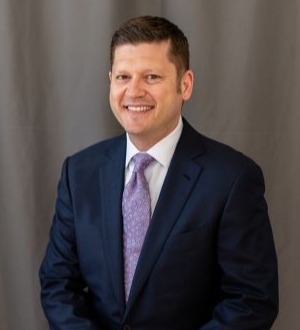 Mr. Barton concentrates his practice on aggressively litigating complex commercial disputes venued in state and federal courts across the country. Although litigation remains his primary focus, the skills Mr. Barton has developed by litigating high-stakes cases throughout the country allow him to service his clients in a broader role—as a problem-solver who is just as comfortable resolving a matter in the boardroom as he is in the courtroom.

Regardless of how or where a dispute arises, Mr. Barton’s approach to each matter remains the same: what constitutes a “win,” what is needed to achieve that win, and what will it cost to make that vision a reality? This type of common-sense lawyering has earned Mr. Barton the trust and respect of his clients; not only as a litigator, but as a trusted advisor who his clients rely on to offer prudent advice and pragmatic solutions to the myriad issues affecting their businesses.

Lead associate representing the principal defendant in product-liability suit venued in the Central District of California with over $2MM in dispute; Mr. Barton handled all pleadings, depositions, motion practice, and the mediation, which resolved the matter under terms extremely favorable to his client.

Lead counsel for a national transportation company in a contract dispute venued in the Northern District of Ohio; after obtaining dismissal of many of the plaintiff’s claims on a motion to dismiss, the matter was settled out of court under extremely favorable terms to the client.

Lead counsel representing a sports memorabilia company in a copyright infringement action in which the plaintiffs sought statutory damages between $1MM and $3.75MM; obtained summary judgment in favor of client, which prompted the matter to settle immediately given the fee-shifting provisions under the Copyright Act.

Obtained dismissal on the pleadings of a lawsuit brought by a corporate plaintiff against its former employee alleging violations of the Racketeering Influenced and Corrupt Organizations Act, 18 U.S.C. §§ 1961 et seq. See 2016 WL 3645184 (E.D. Wis. June 30, 2016)

Lead counsel for a Northern American machine tool importer/distributor in connection with a multi-million-dollar dispute against a Korean manufacturer, its subsidiary, and their agents for breaches of the Wisconsin Fair Dealership Law and related business torts, which is currently pending in the Eastern District of Wisconsin.

Lead associate representing the plaintiff in a defamation and business tort case against Carfax, Inc.; following the court’s denial of Carfax’s motion to dismiss, see 2012 WL 2597915, the parties engaged in extensive discovery and the case settled under favorable terms to the client.

Lead counsel for the plaintiff in a multi-million-dollar shareholder dispute concerning his interest in one of Wisconsin’s largest independent insurance agencies.

Lead counsel for the Plaintiff in a shareholder dispute concerning the value of a leading luxury brand; Mr. Barton first-chaired the private, four-day arbitration where he was responsible for handling all motion practice, cross-examining the lead defendant, and examining numerous experts; following the hearing, the panel issued a $5MM arbitration award in favor of Mr. Barton’s client, which was dramatically in excess of the amount proffered by Defendants and their experts.

Represented Milwaukee Brewer, Ryan Braun, in a lawsuit against his former friend who asserted claims against Mr. Braun for breach of contract, fraud, and defamation; Mr. Barton briefed and argued numerous motions before the court, including the motion that resulted in the dismissal of all claims against his client; Mr. Barton also successfully defended the appeal, which affirmed the trial court’s dismissal order.

Integral member of the litigation and trial team that represented a Native American Tribe and its casino in a multi-fora $90MM dispute stemming from a failed bond transaction, which was pending for eight years in the Western District of Wisconsin (twice), the Seventh Circuit Court of Appeals (twice), the Lac Du Flambeau Tribal Court, and the Waukesha County Circuit Court; after multiple bond documents were declared void under the Indian Gaming Regulatory Act, 25 U.S.C. § 2701, et seq., the remaining aspects of the case were slated for a seven-week jury trial before the Waukesha County Circuit Court; Mr. Barton successfully briefed and argued numerous pre-trial motions, including two Daubert motions that preserved the testimony of his clients’ liability and damages experts; the case settled during voir dire following these rulings under terms extremely favorable to his clients.

Lead counsel for a French client seeking recognition of a French judgment that the client obtained after a protracted, six-year lawsuit in France; obtained summary judgment to recognize the French Judgment to allow Mr. Barton's client to initiate collection activities in the United States; the district court's decision granting summary judgment in favor of Mr. Barton's client was nominated as one of the "Top Nine" federal court decisions interpreting Wisconsin law in the December 2018 edition of the "Wisconsin Lawyer."

Obtained dismissal on the pleadings of a patent infringement lawsuit against a technology client on personal jurisdiction grounds. See 2013 WL 6148111 (W.D. Wis. Nov. 22, 2013)

Successfully defended one of the Unnamed Movants in the State’s John Doe II Investigation, which was halted and declared unconstitutional by the Wisconsin Supreme Court; the arguments advanced by Mr. Barton in his briefing to the court were subsequently adopted and codified into law by the Wisconsin Legislature. See Wis. Stat. § 968.26(5)(c) (codifying the Fourth Amendment’s neutral-and-detached magistrate requirement into the John Doe statute to prevent John Doe Judges from unilaterally issuing search warrants in the criminal inquests they oversee).

Argued before the Seventh Circuit Court of Appeals in connection with the pro bono representation of a criminal defendant to challenge the sentence he received for his role in an international fraud conspiracy.